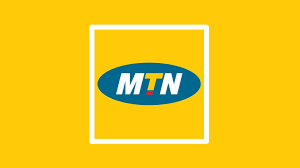 Telecoms giant MTN is set to report a full-year loss next week, one of the biggest in its history, reflecting a regulatory fine and the collapse in the Naira.

Last year, MTN agreed to pay 330 billion naira ($1.7 billion) in cash to the federal government for failing to disconnect over 5 million unregistered SIM cards in the country. MTN also committed to listing in Nigeria as part of the settlement deal.

In the previous comparable year, MTN reported a headline increase earnings per share.

MTN said the full-year results, which are expected to be announced on March 2, were impacted by the Nigerian regulatory fine, which had a 455 cents per share (cps) negative impact.

Other factors impacting MTN’s full-year results are set to include:

–   The ‘interest unwind’ related to the Nigerian regulatory fine (45 cps);

–   Professional fees related to the settlement of the Nigerian regulatory fine (73 cps);

–   Hyperinflation impact (37 cps); and-   Losses from the Nigeria Tower Company mainly as a result of foreign exchange losses on US dollar denominated loans (122 cps).

Meanwhile, MTN Group may put off plans to list its Nigerian operation until 2018, the telecoms firm agreed to list the unit in the Nigeria Stock Exchange as part of the settlement of the fine.

The market slump came as the economy contracted for the first three quarters of 2016 due to lower oil revenue and capital controls deterring investment.