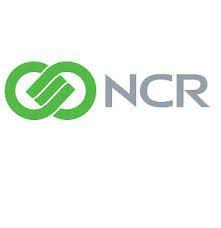 Our analysis of NCR’s newly released 2017 results shows that it enjoyed an acceptable level of profitability during the course of the year. It was able to step up the level of its operations, and generally recorded better profitability ratios than it did in the erstwhile years. There were so many reasons for the technology company’s ability to turn a better profit for the year under review, prominent amongst them being an increase in fair value gain on non-current intercompany payable as well as fair value on financial derivatives; as well as a reduction in the company’s foreign exchange loss.

The company then recorded a profit for the year that was higher than that of the prior year, but chose not to pay shareholders any dividend for the year.

NCR was unable to record a growth in turnover for its 2017 financial year but this had absolutely no ill effect on its profit level for the year. Turnover for the year under review was N6.91 billion, and this was a decline of 2.1 per cent over the preceding year’s N7.06 billion level. Because cost of sales did not climb as steeply as turnover did and because the company’s foreign exchange loss for the year lessened (as compared to that of the prior year),  the company had a much higher pre tax profit rather than that which it recorded in the prior year. The company’s pre tax profit was N620 million, and this was 89.6 per cent better than the profit of N327 million recorded in the prior year. Another reason for the company’s surge in pre tax profit was its ability to record an increase in fair value gain on non-current intercompany payable as well  as fair value on financial derivatives.

After tax profit was also much better than that of the preceding year. After tax profit grew by as much as 128.8 per cent to N151 million, dramatically up from the N66 million profit that was recorded in the prior year.

Predictably, earnings per share was higher than what was recorded in the preceding year, and the company recorded an EPS of 140 kobo per share, better than the EPS of 62 kobo recorded in the prior year. The company however chose not to reward shareholders with any dividend during the course of the year.

In terms of staff matters, the company did not perform as well for year ended December 31 2017 as it did in the prior year. On the average, each employee contributed N56.173 million to the company’s earnings, down from N67.90 million in the prior year. It is important to note that the company increased its workforce during the course of the year, employing a total of 123 employees in 2017, as compared to 104 employees in 2016.

In terms of capital adequacy, NCR performed better in 2017 than it did in 2016, as its result for the year was higher than the preceding year’s. Its shareholders’ funds could finance about 7.1 per cent of its total capital, higher and better than the 6.3 per cent ratio recorded before. While this was an improvement over the prior year’s result, the capital adequacy ratio is still too low to be considered healthy.

A common feature of the manufacturing industry for the 2017 financial year is that most companies had high current ratios, having the ability to meet short term liabilities with short term assets. NCR was not an exception, toeing the trend by having a more than adequate current ratio of 2.9 times, as compared to an already high 1.7 times in the preceding year.

For the review year, the company recorded an after tax profit of N151 million, and retained all hundred per cent of it. With a profit margin of nine per cent, a retention ratio of one time, an asset turnover of 0.77 times and an asset to equity ratio of 20.2, the company had a sustainable rate of 139.6 per cent. This means that using only the resources it generated, the company had a 139.6 per cent inherent capacity for growth during the course of the year. It however declined, recording a decline rate of 2.1 per cent in its turnover.

As at analysis date, the company had a net assets per share (NAPS) value of N4.11, and this was significantly lower than the N6.30 at which it traded on the floor of the stock exchange. Also, the company had a book value of N444 million and a market capitalisation of N680 million, putting its book value/market cap ratio at less than one. Traditionally, a book to market value ratio less than one indicates an overvalued stock.

Not only has this been determined to be overvalued, we do not classify it as one that can bring capital appreciation to investors, and we don’t see its share price rising dramatically any time soon. It is also not a stock takes dividend payment seriously, and investors did not get any dividend for the most current year.

NCR (Nigeria) Plc is a technology company, with principal activity including the provision of technology and services that help businesses connect, interact and transact with their customers. The Company’s segments include Financial Service Group, which is engaged in the sale of equipment and other hardware devices; World Customer Services, which is engaged in the provision of hardware and software installation and maintenance services, and System Media Services, which is engaged in the sale of automated teller machines (ATMs) and media consumables. The Company provides products, which include ATM, Retail Point of Sales terminals (Point of Sale), Self Service Kiosks, Self-check-in/out systems and Sale of computer consumables.

This has been a good year for NCR. It remains to be seen if the 2018 financial year will end on the same note.