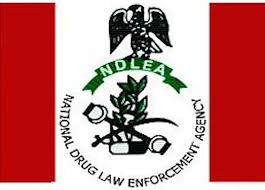 Speaking when the Wuse Zone Four Traders Association, paid him an appreciation visit at the NDLEA headquarters in Abuja on Thursday, Abdallah said they were determined to sustain current efforts aimed at preventing the influx of drugs into the FCT.

According to him, part of their strategies in this regard was the strengthening of their vigilance at the entry points to the FCT such that drug consignments on transit are intercepted even before they are moved into the city.

The Chairman also said that in partnership with other law enforcement agencies they had launched “Operation Shara” where they deployed a special squad that went into aggressive intelligence gathering, round-the-clock patrols and sting operations and the outcome has brought respite to the residents of the FCT.

This special operation, which lasted three months from July to October and carried out in two phases led to the arrest of key drug merchants with seizure of sizeable quantities of drugs, he said.

“Under the Phase 1, 48 suspects were arrested and 496 kilograms of cannabis were seized. Other substances recovered were 63 cartons containing 5,161 bottles of Cough Syrup with Codeine, a pharmaceutical drug of abuse, 8.2 grams of Cocaine, Rhophylo, Roche, Tramadol, Diazepam and Exol 5. Also recovered was 19,804 fake US Dollars.

“The second phase of the operation led to the arrest of 131 suspects and seizures of 74.700 kilograms of various substances including Cannabis sativa and prescription drugs of abuse such as cough syrup with Codeine, Rhaphynol, Exol, Tramadol, Pentazocine,” he said.

He reinstated the agency’s position on zero tolerance drug activities anywhere in the country, saying they were determined to do more.

He said the successes they have been able to record was as a result of the synergy between law enforcement agencies and other stakeholders.

“This would not have been possible without the invaluable intelligence hints from the various groups resident in the respective areas. I want to thank you and urge you to continue to volunteer information that can assist us to combat drug activities of criminals.

“At this juncture let me convey our sincere appreciation to the Honourable Minister of FCT, Mallam Muhammad Musa Bello who has continued to support the activities of the Agency in ensuring that the FCT is drug free. We are also grateful to other security agencies that were part of the operation,” he said.

He expressed delight at the visit of the traders, who had come to appreciate the effort of the agency in their bid to rid the society of drugs.

“I am delighted to receive members of Wuse Zone Four Traders Association this morning that are here on appreciation visit for Agency’s operational intervention in Wuse Zone Four and other parts of the Federal Capital Territory. I consider this visit very heartwarming, as it is not common to find a group to be this grateful and come out openly to express it. We are very much encouraged by this gesture,” Abdallah said.