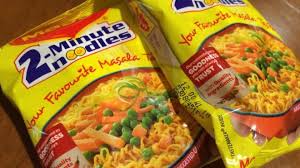 “Food quality tests on Maggi samples found the product to be substandard.

The samples were collected during raids on various distributors in 2015.

The fine was only imposed two years later after authorities had heard detailed representations from Nestle and its distributors, Singh said.

A spokesman for Nestle India asserted that Maggi noodles were “100 per cent safe” for consumption.

Nestle said it appeared to be a case of “application of incorrect standards” and it would appeal against the order.

Maggi noodles was banned in June 2015 for six months after India’s food regulator said the product was “unsafe and hazardous” levels of lead.

Production began after the ban was relaxed later that year.

The yellow-and-red packages of Maggi noodles are a popular snack in India and can be found in shops in the furthest reaches of the country.