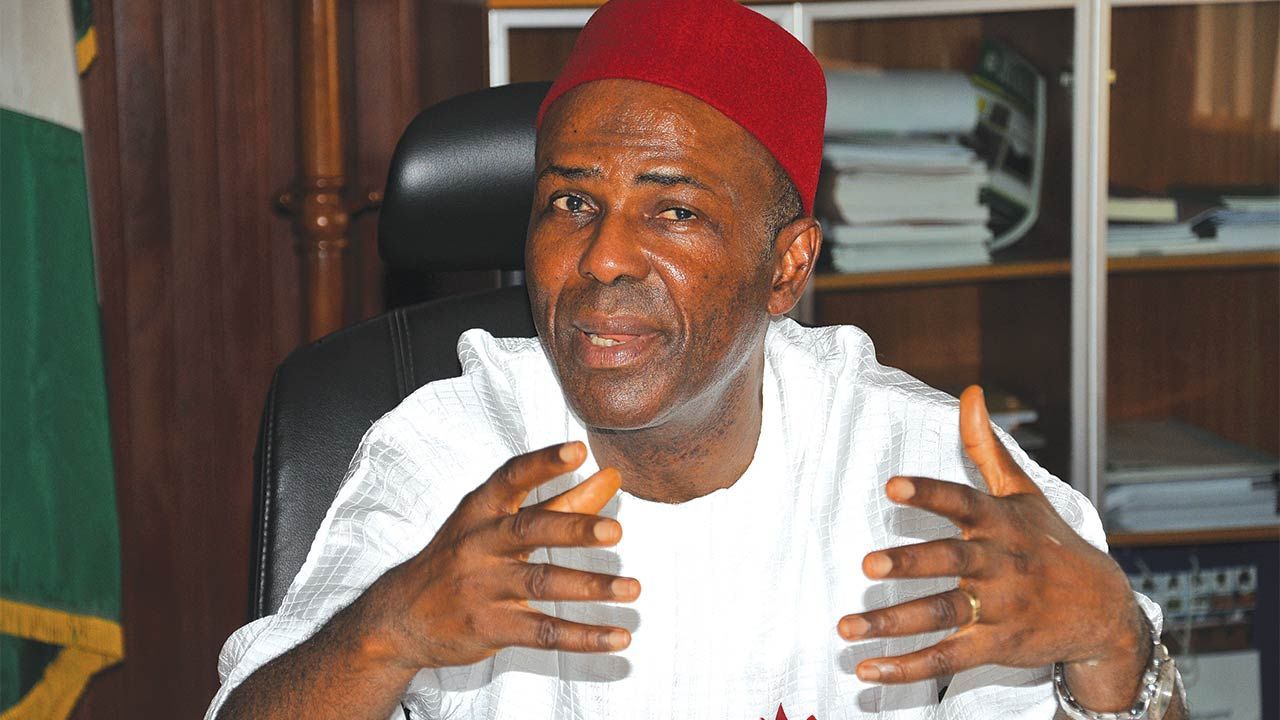 Ogbonnaya Onu, Minister of Science and Technology, says the achievements recorded in Presiden Muhammadu Buhari’s first tenure were a fulfilment of a social contract with Nigerians.

Onu stated this on Sunday in Uburu when he played host to the Conference of 2019 South-East All Progressives Congress (APC), House of Assembly candidates at his Uburu country home.

The Minister said that the government had done so much in repositioning the economy through the diversification policy.

He said that agricultural sector development, fight against insurgency, anti-graft war and infrastructure development received boost in the first tenure.

He assured that the ‘Next Level’ administration would consolidate the gains and achievements of the first tenure as well as expand the national frontier for more economic growth and development.

He noted that the administration has delivered on the three key promises it made during the campaign for the 2015 general election, adding that the re-election of Mr President was predicated on his fulfilment of the 2015 campaign promises.

”This government has achieved a lot; the President made three promises and those promises he has worked real hard to keep.

”The country was in a very bad state when we came in and the economy of our nation rested just on one single commodity – crude oil and natural gas.

”As soon as we came in, the price of crude oil dropped sharply in the international market and that was why we entered into a recession.

”That notwithstanding, the President has been able to manage our economy efficiently and ‘Next Level’ will consolidate Nigeria’s rebuilding process.

”We must as a people continue to support our President in his very strong desire to build better, stronger and economically prosperous nation hinged on equity, justice and equality,” Onu said.

The Minister said though the APC in the zone did not perform well in the 2019 elections, it outing surpassed the 2015 performance.

He urged the candidates who lost in the election not to be overwhelmed by the loss but to focus on building a stronger APC in the zone.

”Do not allow the issues of the 2019 general elections to overwhelm you, rather focus on strengthening the party at your various constituencies because you are our foot soldiers,” he added.

He reiterated the commitment of APC in the zone to take over the five states in the zone in 2023.

Earlier, Mr Confidence Chukwuedozie, APC candidate, Udi South State constituency who spoke on behalf of the group, extolled the virtues and leadership quality of Onu whom he described as a ‘rare breed’ politician.

He said that the group came to appreciate the support he gave to all the candidates that vied for various positions during the just concluded general elections in the South-East zone.

He added that the group came to pledge support and loyalty to the party and to assure the minister that they would work hard to ensure that the party was reinvented in South-East after the 2019 election defeat.

He called on the minister to use his good office as the leader of APC caucus in the zone to ensure that former House of Assembly candidates were carried along in the party.

”It is no longer news that the outcome of the election was very, very disheartening and we wish to make an appeal to you sir, as the leader of the South East caucus.

”Our appeal is on the premise that, as a group, we want to have recognition in the South East zone.

”We are not out for any reason to fight any leader or to be used as a tool to bring down anybody.

”Some of us were part of the meeting of the South East caucus that took place in Enugu last weekend where a committee was set up to lobby other leaders in the nation regarding the zoning of the principal officers in the National Assembly.

”We are very much in support of that and we are throwing our weight solidly behind the leadership of the South East.

”Of course, we are here also to pledge our 100 per cent allegiance to your leadership and to the entire leadership of the South East of the APC.

”We appeal that should the new government come in place, we have highly skilled professionals here.

”This group should be carried along especially as it concerns jobs so that we can further strengthen the structure of the party in the South-East knowing full well that we are closer to the grassroots than any other person,” he said. (NAN)