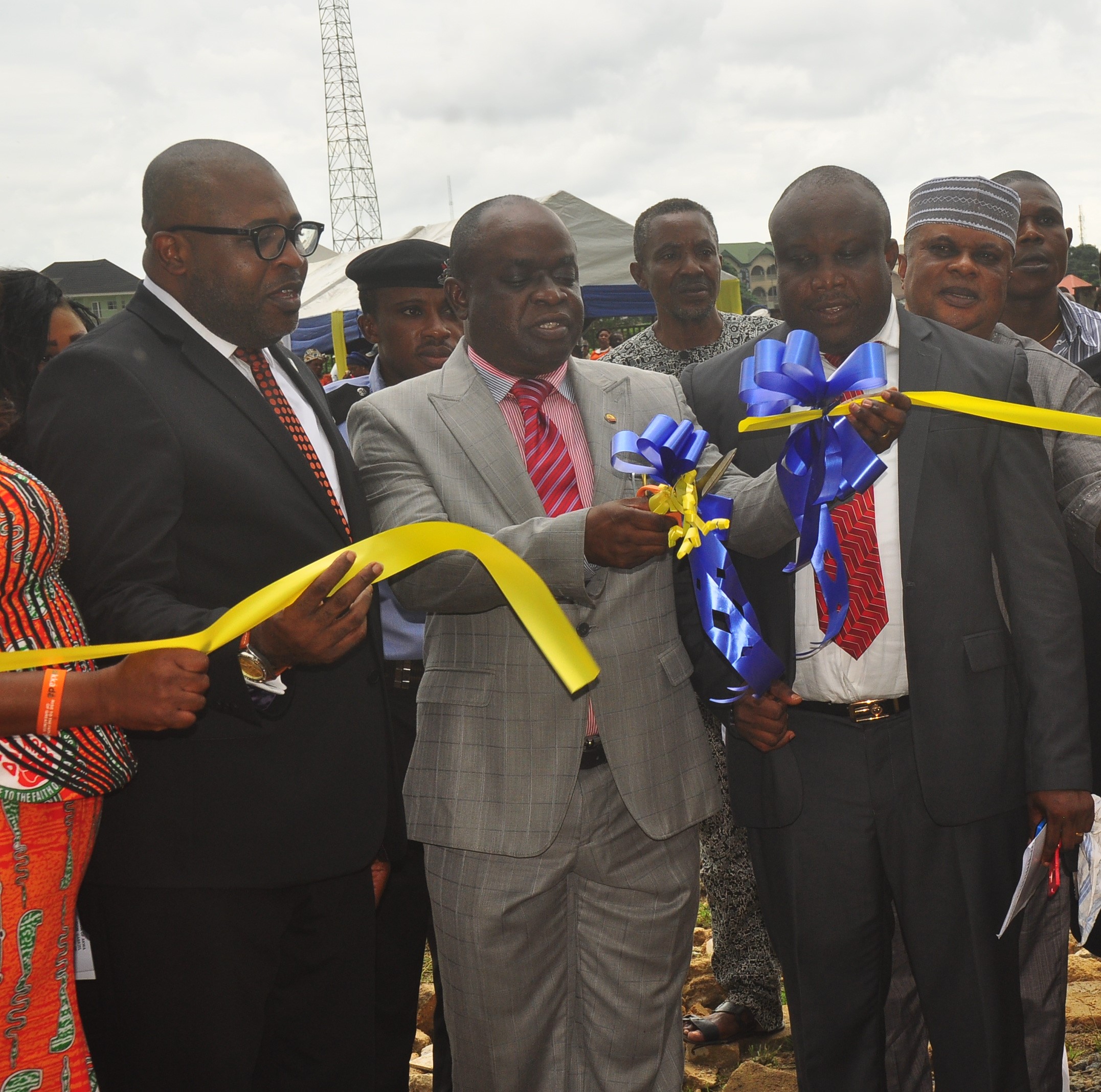 Nigerian Breweries Plc has inaugurated a newly built block of classrooms, library and toilet facilities at the Special Education Center for Exceptional Children in Uyo, Akwa lbom State in honour of Imoh Eno Essien, the 2016 Maltina Teacher of the Year.

The construction of the facilities in the school where Mr. Essien teaches was part of the prize for emerging as the 2016 Maltina Teacher of the Year. Essien, who beat nine other finalists to the coveted prize last year, also got one million Naira cash prize, an oversea training plus another one million Naira to be paid to him annually for five years.

Managing Director, Nigerian Breweries Plc., Mr. Johan Doyer, who was represented on the occasion by Mr. Kufre Ekanem, the company’s Corporate Affairs Adviser, explained that the idea of the school-based project was to ensure that when a teacher wins, the community where he/she teaches also wins.

Doyer noted that the Maltina Teacher of the Year initiative was hinged on a realization that teachers hardly get the recognition they deserve in spite of the pivotal role they play in determining the quality of our education and the future of our country. “We set out with an aspiration to recognize, celebrate and embolden teachers. So far, the Maltina Teacher of the Year initiative has produced 42 State Champions and two overall winners selected by an independent panel of judges,” he said.

While thanking the governorof Akwa Ibom state, His Excellency, Deacon Udom Emmanuel for accepting to inaugurate the facility for use by the school, he congratulated Akwa Ibom State on its ongoing 30th Anniversary celebrations. “It is a unique time to have His Excellency inaugurate this project which has further drawn attention to our collective responsibility of nurturing our children with special needs in a conducive learning environment,” he said.

Doyer also expressed gratitude to the Federal Ministry of Education and other stakeholders for the support and partnership with the company since the commencement of the Maltina Teacher of the Year initiative.

The governor of the state, Deacon Udom Emmanuel, who was represented on the occasion by the Honourable Commissioner for Education, Pastor Paul Udofia congratulated the winner, Mr. ImohEssien for making the state proud andlauded Nigerian Breweries for the worthy initiative aimed at celebrating exceptional teachers in Nigeria.

In her remarks, the principal of the school, Pastor (Mrs) Deborah Benjamin expressed great appreciation to Nigerian Breweries for what shedescribed as an unparalleled support for the cause of education in the country.“This singular gesture is a significant milestone in the entire reward system adopted by Maltina Teacher of the Year organisers by bringing the school that produced the champion into their scheme of activities,” she said.

An excited Essien equally praised Nigerian Breweries for the gesture, adding that it takes commitment on the part of the company to appreciate the great sacrifice and contribution of teachers to the development of the nation.He enjoined his fellow teachers all over the country to rededicate themselves to the profession and deepen their passion for their calling.

The Maltina Teacher of the Year is an initiative of the Nigerian Breweries/Felix Ohiwerei Education Trust Fund. The fund was established in 1994 by Nigerian Breweries Plc with a takeoff capital of N100m, to assist the company play a more active role in the development of education in Nigeria.