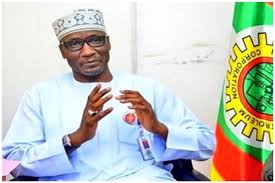 The Nigerian National Petroleum Corporation (NNPC) has advised motorists and other petroleum products consumers to disregard trending rumour of a planned hike in the pump price of Premium Motor Spirit (PMS).

NNPC in statement by Group Managing Director, Mallam Mele Kyari, at the National Assembly Thursday did not suggest any plan to increase the price of the white product.

NNPC Group General Manager, Group Public Affairs Division, Mr. Ndu Ughamadu, clarified that what the NNPC GMD stated during his engagement with the Senate President, Distinguished Senator Ahmed Lawan, at the National Assembly yesterday was that the price of petrol was abysmally low in Nigeria compared to what obtained in neighbouring West African countries.

Ughamadu noted that Mallam Kyari had observed at the event that the huge disparity in the pump price of petrol between Nigeria on the one hand and her neighbouring country, on the other hand, tended to encourage cross-border leakages, as he sought the support of the leadership of the National Assembly to curb the malaise of smuggling.

He advised Nigerians from all walks of life to disregard the insinuation of a plan hike in the price of petrol by NNPC, saying statutorily, NNPC was not even in a position to regulate the price of petroleum products, advising that NNPC role as an operator must be differentiated from that of any of the Industry regulators.

The NNPC spokesperson stated that as directed by relevant agencies of the Government, the pump Price of petrol remains N145 per litre.

NNPC advised Nigerians to remain vigilant and volunteer information to the Department of Petroleum Resources (DPR), the Industry regulator, or to any law enforcement agency around them, on any station which sells petrol beyond N145 per litre.