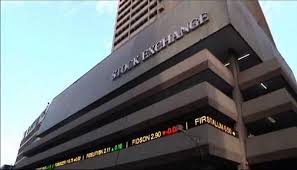 The market capitalisation inched N145 billion or 1.09 per cent to close at N13.426 trillion against N13.281 trillion recorded on Wednesday.

The upturn was impacted by gains recorded in medium and large capitalised stocks, amongst which are; Nestle Nigeria, Seplat, Total, Access Bank and Eterna.

Analysts at Afrinvest Limited stated that “In the absence of any major stimulus, we expect a bearish performance for the rest of the week.

“Nonetheless, we see opportunities for bargain hunting in stocks with sound fundamentals.”

The market breadth closed positively with 16 gainers and seven losers.

Nestle, Seplat and Total led the gainers’ table in percentage terms, appreciating by 10 per cent each, to close at N1,336.50, N506 and N110 per share, respectively.

Continental Reinsurance followed with a gain 9.88 per cent to close at N1.89, while Cornerstone Insurance and NEM Insurance appreciated by 9.52 per cent each, to close at 46k and N2.30 per share, respectively.

In spite of the growth in market indices, the volume of shares closed lower as investors bought and sold 183.47 million shares worth N2.93 billion traded in 2,576 deals.

This was in contrast with an exchange of 462.31 million shares valued at N7.92 billion achieved in 2,895 deals on Wednesday.

Transactions in the shares of Access Bank topped the activity chart with a total of 67.32 million shares valued at N509.83 million.