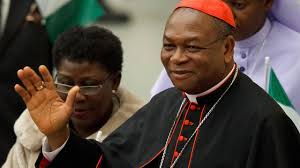 The Cardinal Onaiyekan Foundation for Peace (COFP) on Monday said it had rehabilitated 30 youths in Abuja who were subjected to treatment in 2018 for drug addiction.

Rev. Sister Agatha Chikelue, Executive Director, COFP, made the disclosure on Monday during its “Youths Living Above Drug Addition (YOLDA)’’ programme in Abuja.

The programme was supported by the National Drug Law Enforcement Agency (NDLEA) and the Czech Republic Embassy in Abuja.

Chikelue said the youth after their rehabilitation were trained on skills acquisition such as tailoring, hair dressing, hair cutting, makeup, cobbling, pastries and soap making, among others.

She also announced that the foundation had engaged another 30 youths for rehabilitation this year.

“The foundation will also graduate another 30 youths this year, so 60 youths are going to be graduating between 2018 and 2019,’’ the executive director said.

Chikelue said that the objective of the programme was to ensure that youths were put on the right track to live more dignified lives in the future.

The executive director said that the beneficiaries went through series of tests such as heart, liver, kidney and STDs in order to determine if they had been affected by the drugs, while those with issues started treatment.

She said that the empowerment stage afforded the participants the opportunity to identify skills they had a passion for and the organisation paid for their training and gave them start up kits.

Chikelue said the participants were made up of 21 males and nine females drawn from the FCT and environs.

Mrs Beata Matusikova, Economic and Commercial Affairs, Embassy of the Czech Republic, Abuja, said that the embassy collaborated with the foundation to help Nigerian youths come out of the ugly act.

Matusikova said that the embassy decided to come to their rescue and also engaged them in economic empowerment related skills acquisition.

She urged the beneficiaries not to relent in whatever thing they are doing and assured them that the embassy would not abandon them after their graduation.

Mr Boniface Donald, one of the beneficiaries, said that the participants would continue to remained grateful to the foundation and other stakeholders.