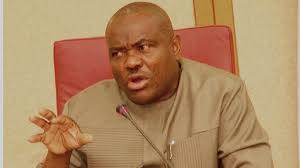 High level consultations have been launched by some influential members of the People’s Democratic Party (PDP) to stop the crisis of confidence between the party hierarchy and Governor Nyesom Wike of Rivers State from exploding.

Six governors elected on the platform of the party on Friday night were in Port Harcourt to prevail on Wike to take it easy with the PDP leadership after he openly castigated the party for its inability to make his candidate, Kingsley Chinda, minority leader of the House of Representatives.

Although Governors Aminu Tambuwal (Sokoto), Seyi Makinde (Oyo),Emeka Ihedioha (Imo),Samuel Ortom (Benue), Umaru Fintiri (Adamawa) and Bello Matawalle (Zamfara) claimed that their mission to Wike was to congratulate him on his achievements in the state, The Nation can confirm that the trip was to  beg him sheath his sword  and allow for the resolution of the ongoing war of words.

Wike is regarded as one of the largest financiers of the party which has made it give him a lot of privileges including nominating the party’s national chairman, Prince Uche Secondus, hosting the 2018 national convention of the PDP and nominating Chinda as the PDP ‘s official candidate  for the minority leadership until Ndidi Elumelu emerged on the scene and claimed the title.

Besides, the Rivers governor dared the party and congratulated President Muhammadu Buhari after the Presidential Election petitions Tribunal upheld his victory in the February election.

No fewer than six peace meetings have been held since the outbreak of hostilities between him and some party leaders over his congratulatory message to Buhari and for saying that some PDP governors sneak into Aso Rock Villa at night to pay homage to the president.

Sources said the Friday mission of the governors was not particularly successful.

Wike, it was gathered, insisted that the PDP leadership must correct some perceived errors for him to be on the same page with them.

A source said: “The Rivers state governor is not hiding his anger against some of the actions of the party. He believes that for the PDP to return to its winning ways, its leadership must shun hypocrisy and indiscipline. He is insisting that for him to be happy with the party, some errors he feels can injure the chances of the party in future, should be corrected promptly.”

One of his demands is that the emergence of Ndudi Elumelu as Minority Leader of the House of Representatives should be revisited.

A source said he wants Elumelu to vacate the minority leadership of the House of Reps for Chinda and thereafter be punished by the party.

It was gathered that all efforts by the six governors to explain why the party opted to thread softly on the matter did not succeed.

After a prolonged argument during which Wike accused the PDP Governors’ Forum of playing along with the BoT to treat the issue with kid’s glove, a promise was made by the visiting governors to see how the matter could  be revisited in the interest of peace and unity within the opposition party.

The source added: “Another issue Wike allegedly raised at the meeting had to do with the 2023 elections. He is not pleased that some PDP chieftains are making inflammatory statements as regards the issue of zoning of the presidential ticket.

“He feels the party should caution its chieftains. It is not clear what his position is as regards the 2023 PDP presidential ticket but he is concerned that the party must not spoil its chances early in the day by closing its ears to dangerous remarks being made by some prominent members on a matter as sensitive as zoning.”

The governors promised to look into all the issues raised by their angry colleague, but it was not immediately clear how they intend to get the party to meet his demands.

Party sources said Governor Wike is determined to regain his prominence in the party which was eroded following the emergence of former Vice President, Atiku Abubakar as the 2019 presidential candidate of the party.

Another source said: “His camp and that of Atiku have been engaged in a game of wits since the presidential primary election was won and lost.

“He may not say so, but he feels it is the Atiku camp that engineered the emergence of Elumelu as Minority Leader against his choice.

“He is also currently displeased with Secondus for allegedly giving the Atiku camp too much chance to make things happen within the party.

“He sees the leadership of the BoT as an arm of the Atiku camp and will never support any suggestion or position that emanates from them. And it appears the Atiku camp too understand the situation and is wary of Wike too.”

It was also gathered that relationship between Governor Seriake Dickson of Bayelsa state and Wike may have become frosty on account of the ongoing crisis within their party.

Dickson is the chairman of the PDP Governors’ Forum.

Although there has been no direct exchange between them, party sources said  Dickson’s call on PDP governors’ during the week to reject calls on them to abandon Atiku in his quest to regain the presidential mandate at the courts, is a direct condemnation of Wike’s congratulatory message to Buhari.

And sources within the Rivers state governor’s camp revealed that Dickson’s position didn’t come to Wike as a surprise.

“When we were calling on the party to ensure that the directive of the party is respected by Elumelu and co, we didn’t hear a word from the Governors’ Forum leadership. Instead, he joined those applying cosmetics on the surface of the wound while allowing it to fester beneath. That is not the kind of Forum we respect in Rivers. Hypocrisy for whatever reason is not acceptable to us.

“It is a fact that some of our governors are courting the APC leaders, especially President Buhari. Governor Wike as a man of great discipline will not see such a thing and keep quiet.

“This is why they are fighting him. He is a two term governor already and he is not interested in any federal appointment after office.

“Those who think they cannot win re-election without Buhari’s support and those who want   patronage from the federal government are the ones who should tell us whether they are still in the PDP or not. These are the real issues in PDP today. It is not Wike. It is not anything other than hypocrisy,” an ally of the governor said.

Efforts are being intensified by some PDP governors and other concerned party leaders to reconcile Wike with those he is angry with as the first step towards ending the crisis in the party.

“This new development is more about how our leaders see things. It appears Governor Wike is seeing some things others are not seeing and there is need for these to be clarified. Where mistakes have been made, we will correct such. It is when that has been done that we can have lasting reconciliation,” a source said.

Meanwhile, some elders of the party are said to be poised to move against the revisit of the Minority Leadership issue by the PDP.

A member of the BoT of the party who spoke with The Nation from his base in Abuja said the opposition party cannot afford another distraction.

He said: “somehow, what could have been a major crisis within the party resolved itself without much rancor. Elumelu is Minority leader and the PDP caucus in the House of Representatives is not in tumult. Why on earth should that be displeasing to anybody?

“While they are shouting about the party being supreme, they forget that the interest of the party too must be supreme to all personal interests.

“If it is one person’s interest that we remove Elumelu and put his person, we must not forget that such a move may not be in the interest of the party.