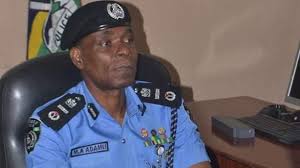 The Punch reports that with most of the deputy inspectors-general leaving the service, vacancies will be created in the system, with some CPs and AIGs getting accelerated promotions.

Some departments regarded as ‘juicy’ include the administration and finance, housing, as well as procurement.

There is also expected to be some reshuffling soon ahead of next month’s elections.

Some states are also considered to be ‘juicy’ during election seasons.

A CP who spoke to our correspondent on the condition of anonymity, however, said they were only coming to pay homage to the new IG and not necessarily to lobby for juicy positions.

He said, “I am here to pay homage to my new boss and pledge my loyalty. I am not here to lobby anybody.”