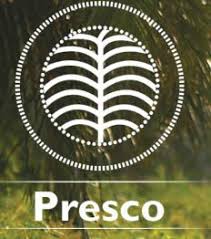 The 2017 financial year was a good one for Presco Plc, and it is evolving itself into a profitable company and an industry leader. It was able to grow turnover significantly, and also grew profit. The company benefited from this, as did investors.

One other thing to be said about this company though is that it is also now seems to take the business of dividend payout very seriously. It is thus a stock to keep for investors who are interested in receiving and benefitting from the yearly dividend payment.

Presco was able to record a growth in turnover for its 2017 financial year and was also able to sustain such growth momentum to the profit level. Turnover for the year under review was N22.4 billion, and this was a growth of 42.7 per cent over the preceding year’s N15.7 billion level. Because cost of sales climbed more steeply than turnover did as did operational costs, this ate deeply into the company’s pre profit. The company’s pre tax profit was N10.9 billion, and this was 65.1 per cent lower than the N31.2 billion recorded in the prior year.

In terms of staff matters, the company also performed well for year ended December 31 2017 as it did in the prior year. On the average, each employee contributed N46.38 million to the company’s pre-tax profit, up from N35.36 million in the prior year. It is important to note that the agricultural company increased its workforce during the course of the year, employing a total of 483 employees in 2017, as compared to 444 employees in 2016.

In terms of capital adequacy, Presco performed better in 2017 than it did in 2016, as its result for the year was higher than the preceding year’s. Its shareholders’ funds could finance about 89.0 per cent of its total capital, higher and better than the 67.2 per cent ratio recorded before.

A common feature of the manufacturing industry for the 2017 financial year is that most companies had high current ratios, having the ability to meet short term liabilities with short term assets. Presco was not an exception, having a more than adequate current ratio of 1.6 times, as compared to 2.8 times in the preceding year.

For the review year, the company recorded an after tax profit of N25.4 billion, and retained 92 per cent of it. With a profit margin of 48.7 per cent, a retention ratio of 0.92 times, an asset turnover of 0.23 times and an asset to equity ratio of 1.3, the company had a sustainable rate of 13.2 per cent. This means that using only the resources it generated, the company had a 13.2 per cent inherent capacity for growth during the course of the year. It however grew faster, recording a growth rate of 42.7 per cent. This scenario is as compared to the prior year when sustainable growth was 55.7 per cent and actual growth was 70.7 per cent.

As at May 11 2018, Presco’s stock traded at N75.60, and our analysis shows that the stock it was perfectly fair priced at this price.

As at analysis date, the company had a net assets per share (NAPS) value of N75.90, on par with the N75.60 at which it traded on the floor of the stock exchange. Also, the company had a book value of N75.9 billion and a market capitalisation of N75.6 billion, putting its book value/market cap ratio at one. Traditionally, a book to market value ratio equals to one indicates a fair priced stock.

While this stock has been determined to be fair priced, it is not one that can bring capital appreciation to investors, and we don’t see its share price rising dramatically any time soon. It is however a stock that has begun to take dividend payment seriously, and investors may consider investing into this stock for dividend purposes.

Presco is a fully-integrated agro-industrial establishment with oil palm plantations, palm oil mill, palm kernel crushing plant and vegetable oil refining and fractionation plant. It also has an olein and stearin packaging plant and a biogas plant to treat its palm oil mill effluent. It is the first of its kind in West Africa. Presco specialises in the cultivation of oil palm and in the extraction, refining and fractionation of crude palm oil into finished products. Presco supplies specialty fats and oils of outstanding quality to customer specifications and assures a reliability of supply of its products year round. This is made possible by the integrated nature of the company’s production process.

When Siat became involved in Presco in 1991, the Company had only the Obaretin Estate with an oil palm plantation size of 3,000 ha. Under Siat’s management, a new expansion programme commenced from 1993 onwards, as a result of which a total of 20,000 ha are planted at the Obaretin, Cowan, Ologbo and Sakponba Estates.

Apart from the existing estates, Presco has acquired a total area of about 11,500 ha at Ologbo and Sakponba to develop additional oil palm and rubber plantations.

Presco has been listed on the Nigerian Stock Exchange since 2002, and has recently been admitted into the NSE 30 index.

The 2017 financial year was a great one for Presco, but it remains to be seen if its luck would continue into 2018.