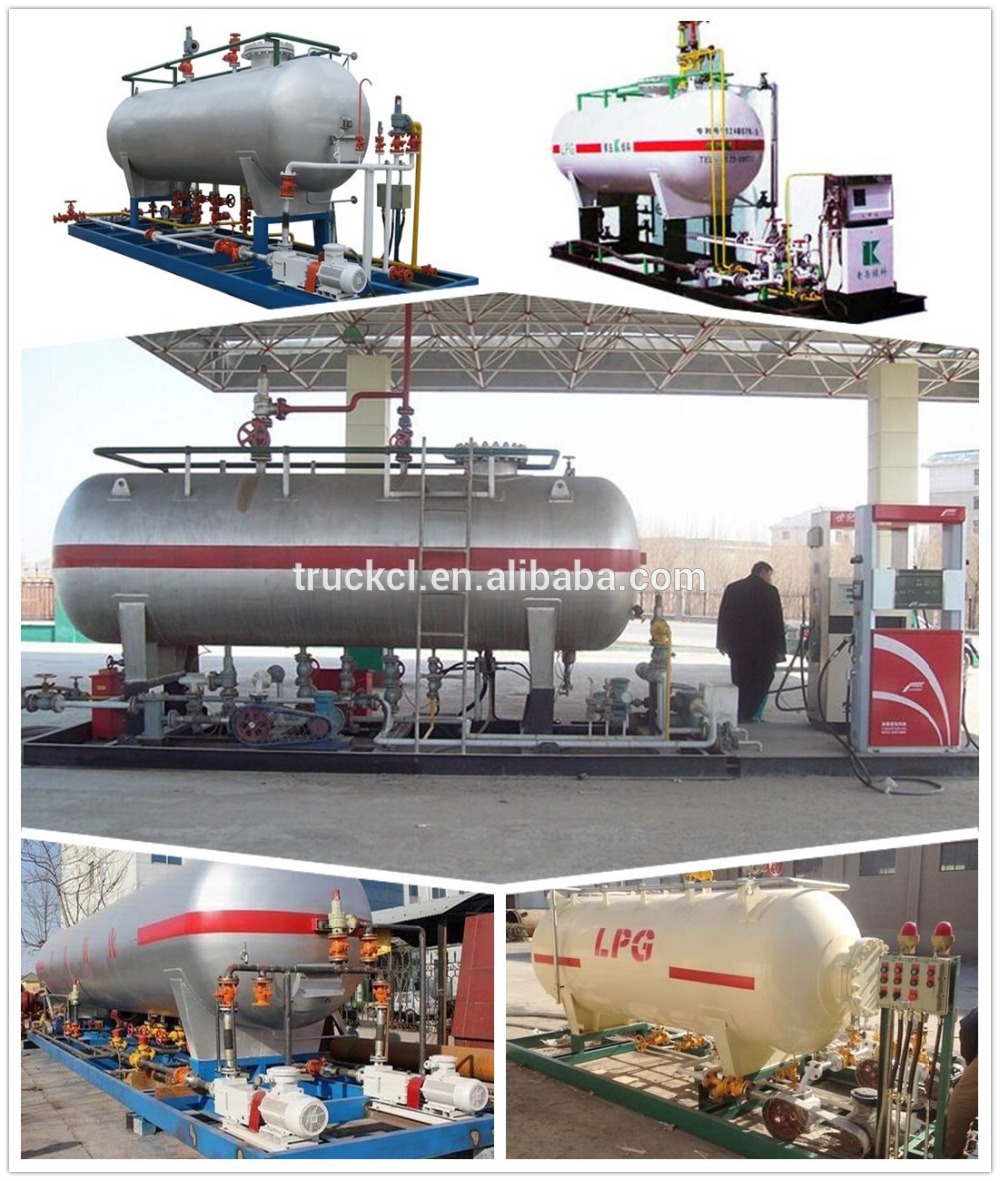 The incident recorded high casualty because the facility is located in a residential and high population density area.

A brief review showed that several incidences of gas explosions occurred in the country in 2019, while Lagos State was the most affected.

In March, there was gas explosion at Babs Animashun, in front of Census Market, Surulere, Also in July, gas pipeline explosion killed two  people and many injured, all in Lagos State.

In October, no fewer than 11 persons in Abuja suffered various degrees of burns from a gas explosion.

A month earlier, in Lafia, Nasarawa State, dozens were left dead with hundreds injured when a gas tanker exploded and caught fire.

Today, cooking gas is widely used by the womenfolk because of its energy efficiency, while kitchens are gradually becoming the den of deaths due to the number of deaths caused by explosions of cooking gas cylinders.

Currently, the Federal Government, through the Ministry of Petroleum Resources, declared Nigeria a gas nation, and is working out modalities to ensure use of gas for economic development and penetration of Liquefied Petroleum Gas (LPG) also known as cooking gas.

They pointed out that a lot of fake cylinders were in circulation, and stressed the need to educate Nigerians on how to identify a fake or expired cylinder.

They are of the opinion that penetration of LPG was a step in the right direction, but effort must be made to educate Nigerians on best use of LPG to avoid explosion.

They challenged the Department of Petroleum Resources (DPR) to be proactive and ensure that gas plants are built in safe places.

“It will be tough for government to get these illegal gas sellers out of the streets because most of them are making their living from the business.

“What the DPR needs to do now is to go round the streets and take statistics of people doing this business and find a way to relocate them to the right locations.

“If  government wants real penetration of LPG, there is a lot of  work in their hands, awareness should be key, I have not seen them doing this,’’ he said.

A former National Coordinator of Women in LPG Group, Mrs Nkechi Obi, said  that bringing fake cylinders into the country “is like bringing explosives into homes, which can be deadly.

“The monster called corruption is responsible for those cylinders that found their way into Nigeria without foreign certification.

“What do we say of the officials who cleared such goods?’’ She queried.

But the DPR through its spokesman, Mr Paul Osu, revealed that the gas explosion in Kaduna was caused by illegal decanting (transfer) of LPG into another cylinder by operators of the facility.

To avoid repeat of such incident in the state and other areas, the Kaduna State Environmental Authority, in collaboration with DPR ordered the immediate closure of about 87 illegal gas outlets in the state.

Jibrin Lawal, General Manager of the agency, said the closure was in line with Gov. Nasir El-Rufai’s directive, adding that the sealing of gas outlets will be a continuous process.

According to him, gas refilling is a high-risk activity that should not be allowed close to residential areas.

Also, the Director General, Standard Organisation of Nigeria (SON), Mr Osita Aboloma,  said the  organisation would prosecute importers, manufacturers and distributors of substandard LPG cylinders and other products as provided by law.

This, he said, would serve as deterrent to others and help to ensure safety measures in the country.

However, Mr Saidu Mohammed, the DPR Head of Public Affairs, Abuja, insisted that the DPR had always been proactive in ensuring safety of Nigerians, especially when it comes to location of gas plants or petrol stations.

He said: “It is unfortunate that we continue to witness gas explosions in the country. The DPR from time to time engages with stakeholders and educate them on best practices.

“Most of the people we got were arrested by the men of the Nigerian Security and Civil Defence Corp (NSCDC) and this is done across the whole country.

“We have informed Nigerians to go to any DPR office and report anybody building a gas plant close to their homes and we also have designate mobile numbers to contact in all the states in the country.”

He further noted that DPR would continue to support government’s effort to ensure LPG penetration in the country.

Also, Mr Bassey Nkanga, DPR’s Head of Port Harcourt Operations, stated that the DPR was also engaging owners of filling stations and other stakeholders to stop the sale of LPG in cylinders to customers.

He noted that the Federal Government was planning to end the unwholesome practice in 2020 due to the attendant risks it posed to lives, property and the environment.

“We are telling the filling stations that it is risky for people to carry cylinders to buy LPG from their facilities. So, government is planning to phase it out in 2020.

“We want filling stations to also have auto-gas add-on plant inside their facility, so that, those whose vehicle uses gas as fuel can drive in and buy rather than in cylinders,” he said.

He said the Federal Government was passionate about ensuring LPG utilisation as well as making available, quality and standard cylinders to Nigerians at affordable prices.

According to him, DPR is providing the necessary support to stakeholders to ensure that LPG becomes accessible to Nigerians in line with government policies on LPG utilisation.

Former Minister of State for Petroleum Resources, Ibe Kachikwu, had reiterated  that the Federal Government was working assiduously to ensure installation of gas filling plants in each of the 774 local government areas in the country.

Kachikwu spoke at the inauguration of the Nigerian Army Welfare Gas Plant at Mambilla Barracks, Abuja.

He said: “We are working with LPG companies producing cylinders, with very strong presidentially backed incentives to  enable them to produce LPG cylinders in this country.

“About four of them are getting facilities from the Nigerian Content Development Monitoring Board (NCDMB), from the more than 200 million facilities we have.

“They are getting import exemption for materials to be assembled for the plants.

“Once you do that, you also expect them to assemble them around the more than 700 local government areas in the country.

“We are targeting that in the next one or two years, every local government area will have gas filling plant.”

He added that cylinders produced by the companies would be distributed free to consumers as part of efforts at encouraging local consumption in the country.

Emphasing on what the minister said, Ms Brenda Ataga, Kachikwu’s Special Adviser on Gas, disclosed that the Federal Government planned to inject 600,000 gas cylinders to support efforts to boost LPG penetration in the country.

She said that there were about 386,000 micro distribution centres across the country with few licenses issued.

She said that the government would come up with a policy that would remove the ownership of LPG cylinders from consumers.

He said that establishing such in Nigeria would help to reverse an estimated capital flight of 360 million dollars per annum, associated with production outside the country.

But some of the roadside sellers of LPG, said that they were unaware of some of the government policies, but assured of readiness to do anything to ensure they were not out of business.

One of them, who identified himself simply as Udoka, said: “We are doing everything that the DPR said we should do, we have joined the union, we are working out best ways to go about it.

“Most of us are bread winners in our various homes and will not want our families to suffer.’’

If government policies are well implemented and the regulators effectively perform their roles, LPG penetration would be achieved and incidences of gas explosions   reduced to the barest minimum.