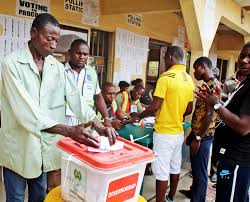 The Nigeria Civil Society Situation Room has released a damning report on the 2019 general election in which it describes the election as ‘not credible’.

The Situation Room, made up of 63 civil society organisations that monitored the general election across the country, highlighted a number of lapses which it said undermined the credibility of the elections.

It added that those lapses pose “serious questions about the future of elections in Nigeria and quality of democracy in Nigeria”.

According to the report, which was issued on Tuesday, “INEC operations fell short of its identified role and obligations in the Threshold Document. Logistical and operational challenges marred the credible conduct of the elections. The first sign of this flaw manifested with the shock and unexpected postponement of the elections in the early hours of the very day they were to begin, on Saturday, February 16, 2019.

“Postponing voting about six hours to the start of polls did more than expose how ill-prepared INEC was, it also dampened the nationwide enthusiasm that had built up for the elections. It made it impossible for many who had travelled earlier to vote in their constituencies to make a second trip, exacerbating voter apathy.

“The collation of results, another major weakness of Nigerian elections, remained a concern throughout the elections, with observers reporting interference with the process, especially by political parties and security agencies oftentimes with the active participation of INEC officials. Data in the voters’ register as well as results figures declared by INEC threw up several glaring discrepancies that have yet to be explained.

The presidential, governorship and legislative polls were held in February and March, with President Muhammadu Buhari of the All Progressives Congress (APC) getting re-elected for another four years.