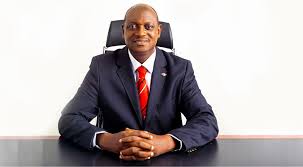 Ogbodu disclosed this at the Capital Market Correspondents Association of Nigeria (CAMCAN) quarterly forum in Lagos with the theme, “Deepening insurance penetration through effective broker engagement.”

Ogbodu, who also commended the commission for increasing the capital base of various categories of players in the industry, said Sunu would surpass the new requirement.

“Sunu is positioned to take up the new challenges, having been rightly placed to meet up with the new capital requirement of N10 billion, even as the framework for the new policy has yet to be released,” he stated.

The managing director said Sunu Assurances with presence in over 14 countries combined robust product offerings and a unique technology-driven platform that proffered insurance management solutions at competitive costs to individuals and institutions.

He said the proposal would not only help to consolidate the sector with provision of more buoyant opportunities for large ticket transactions but also position insurance companies in the country as big players, instead of serving as agents to foreign insurance underwriters.

Ogbodu disclosed that insurance brokers would have more creative roles to play towards harnessing the benefits of the new capital base.

Ogbodu said the Nigerian insurance sector if well-positioned would take its rightful place in the country’s economy.

He said insurance companies at the end of the recapitalisation programme would be able to take up opportunities hitherto taken by foreign companies.

He noted that NAICOM was well-positioned to drive the implementation of the compulsory housing policy, which was valued at over N1 trillion.

“If you look at some estates in Lekki, Ikoyi and Victoria Island alone, securing policies for them would amount to over N500billon, and when you consider houses across the country, it will be over N1 trillion,” Ogbodu stated.

He said the various efforts aimed at boosting the contribution of the insurance sector to the Gross Domestic Product (GDP) beyond the present 0.1 per cent level would be accelerated with the implementation of the new capital base.

Mr Karim Dione, Executive Director, Strategy and Performance, of the company, lauded the recapitalisation effort of the insurance sector saying the move by the Sunu Group to recapitalise made sense.

He added that the players needed to have profitable businesses, and that the potential in Nigeria in terms of size and resources was enormous, which the Sunu Group was ready for.

Dione said the company would fully comply with the commission’s policy but needed more clarification from NAICOM on its shareholders’ funds or paid-up capital.

“Nigeria is extremely competitive, when there are too many players in the industry, it will lead to price dumping.

“We need to reduce the number of players to boost the reputation of the industry,” Dione said.

Mr Ladi Oyekan of YOA Insurance brokers, while responding to some issues raised, said the ideal insurance penetration had not been attained based on the country’s penetration.

He said low disposable income in the country was affecting insurance penetration, hence the sector was working towards monthly premium payment, which would make it easier for policy holders to drive financial inclusion in the industry. (NAN)