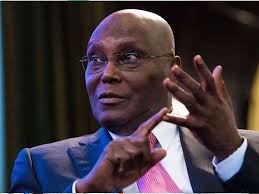 The Economist Intelligence Unit (EIU) Africa is insisting that Atiku Abubakar, the presidential candidate of the People’s Democratic Party (PDP) will win the February 16 presidential election.

On Friday, EIU Africa said the margin of victory is getting narrower as the election approaches, but Atiku and his political party will win the historic election.

“#NigeriaDecides2019 : Less than two weeks before #Nigeria‘s presidential election. Abubakar has floated idea of corruption amnesty. It is arguably an impolitic time for such a delicate proposal,” EIU Africa tweeted.

“Abubakar is hard-pressed to convince voters that he is a clean politician, having been on the receiving end of numerous graft allegations in the past.

“We retain out forecast for #Abubakar to win, but expected margin of victory is narrowing as the poll approaches.”