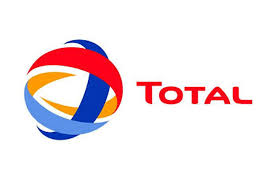 The shareholders gave the approval at the company’s 41st Annual General Meeting (AGM) held in Lagos.

The dividend translated to N14 per share subject to the deduction of appropriate withholding tax.

The company had earlier distributed the sum of N1.02 billion as interim dividends, representing N3 per share.

Nwosu said that the company had paid regular dividend in spite of proliferation of taxes, late payment of subsidy and high cost of operation.

He, however, called for full deregulation of the downstream sector to boost employment rate as well shareholders return on investment.

The shareholder activist said that government should deregulate the sector and allow operators to compete favourably.

Nwosu said that government interference in the sector was affecting shareholders return on investment.

He said that government should consider the shareholders who always expect increased dividend at end of every financial year.

Also speaking, Mr Matthew Akinlade, a shareholder, said that government as a regulator should not be competing with operators in the downstream sector.

Akinlade said that unemployment rate would continue to grow if government continues to muscle power with operators in the downstream.

Responding, Mr Stanislas Mittelman, Total Nigeria Chairman, described 2018 as a challenging year for the company, downstream petroleum sector and the country at large.

He said that the company had continued to experience sustained pressure on its cash flow due to late payment of subsidies resulting in huge financial expenses.

“All of these add significant costs to doing business, had negative impact on our sales and affected our profitability,’’ he said.

The chairman said that the company had entered into a storage arrangement in Lagos area which would allow it capture opportunities in line with its import and logistics optimisation strategy.

“We signed a 15 year power purchase agreement with a manufacturing company in Ogun State to provide 999kWp solar hybrid solution,’’ he added.

Mittelman said that the company would continue to strengthen its solar business to boost profit as well as increase dividends payable to shareholders.

He noted that 55 stations were now powered by solar energy, with a combined capacity of 1MW, adding that it produced more than one gigawatt hour of clean electricity.

The chairman assured that the company consolidate on its past achievements and deliver value to shareholders and other stakeholders.

The company’s turnover increased to N307 billion in contrast with N288 billion in the corresponding period of 2017.

Profit after tax stood at N7.96 billion against N8.01 billion in the corresponding period of 2017.