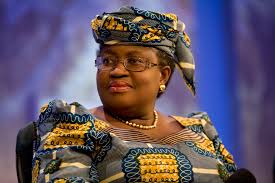 The Chief Executive Officer of Twitter, Mr Jack Dorsey and the former Minister of Finance, Ngozi Okonjo Iweala on Monday urged Nigerian youth to take advantage of various social media platforms to create jobs for themselves.

They made the assertions at the African University of Science and Technology, Abuja, during a forum with young entrepreneurs and students of the school.

Dorsey said when the twitter platform was created some 13 years ago, it was for interactions and social engagements.

He said he is happy today that millions of young people are using the platforms across the world and have built upon its original status especially in the areas of entrepreneurship, news dissemination and crusade for social justice.

He added that he is visiting Africa and Nigeria in particular in other to interact with the citizens especially the youth population and improve on the services provided by twitter through observations and comments from the users of the platform.

Dr Iweala who expressed optimism about the future of Nigeria, said her stance was based on the vibrant and dynamic approach adopted by Nigerian youth as well as their social media comments in response to the challenges facing the country.

She commended young Nigerian entrepreneurs who have leveraged the social media platforms to create employment opportunities in various fields of endeavours in the country.

She said: “The point I want to make is that Jack believes that twitter can serve as a platform for young people to create jobs for themselves and for others. That can have a big impact on employment and that is why we wanted him to come to Nigeria so that he can do things for our youths.

“We are glad he is here and you can see some of the young entrepreneurs who have spoken on what they have been using twitter to do, creating jobs for themselves and for others.”

Also speaking on the visit, the Former Vice Chancellor of University of Lagos Prof. Ibidapo Obe said it is important for the government to do something about the high rate of unemployment in the country, stating that failure to address the issue would land the country in trouble.

He said: “What is important to us and even to this government is youth unemployment. The rate is so much that if we do not do something quickly we are going to get into trouble. And the best platform is technology. That is what we see today, the human potentiality is there, we also believe that this university will be the centre and focus of technology in Africa.”