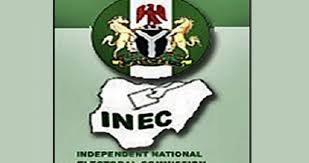 The Independent National Electoral Commission (INEC) said it has enlisted the services of anti-corruption agencies to fight the menace of vote-buying during the Bayelsa and Kogi states elections next month.

Chairman of INEC, Professor Mahmood Yakubu, who gave the hint during the Quarterly Consultative Meeting with Political Parties in Abuja on Tuesday, also said all election duty staff of the commission would be made to swear to an Oath of Neutrality before taking part in the process.

Prof. Yakubu, who revealed that the commission was already winning its war against vote buying, announced that the Economic and Financial Crimes Commission (EFCC), during the 2019 General Elections, made arrests of alleged vote buyers in different parts of the country, many of whom had been charged to court and one conviction already secured.

He, however, explained that the EFCC and the Independent Corrupt Practices Commission (ICPC) had been charged with the responsibility of monitoring the movement of cash during the campaigns and the election day in the two states, warning that whoever is nabbed in the act would be charged with the violation of the Electoral Act.

The INEC boss, who said the commission had been massively engaging stakeholders in the two states ahead of the elections, to prevent a violent election, said he would continue on further engagements and appealed to political parties to prevail on their supporters and followers not to engage in acts capable of causing breakdown of law and order in the states.

“Given the history of volatile politics in the two states, the commission decided to engage the stakeholders early and also continuously. In adding to several focused engagements, we had major stakeholders meetings not long ago in Yenagoa and Lokoja. I was personally present.

“The tradition of the commission if for the Chairman of INEC and the Inspector General of Police to address stakeholders a few days to the election, but this time around we decided to break with tradition, over a month to election in the two states, I personally visited Yenagoa and Lokoja and addressed the stakeholders and visited some local government areas.

“We plan to have more engagements. On the 7th of November, the IGP and I will be in Bayelsa to address the stakeholders. We’ll repeat the same thing in Lokoja on the 11th of November. Our objective is to speak early and loudly enough to all stakeholders on the necessity for peaceful conducts during campaigns, election day activities, to collation of results, declaration of winners and the aftermath.

“Electioneering campaigns have already begun, the appeal of the commission, once again, to political parties is to speak to your candidates and supporters and to advise them against hate speech, inciting statements, physical attacks on opponents, destruction of each other’s’ campaign materials and other sundry violations of the Electoral Act.

“Of course, voter harassment, voter intimidation, including vote buying at polling units, constitutes violations of the Electoral Act. Prohibition of the use of mobile phones by voters in the voting cubicles is still in force. We are going to deepen our collaboration with the EFCC and the ICPC in this respect. They will keep eyes on the movement of cash during electioneering campaigns and on election day.

“On this note, I am actually very happy to report that during the 2019 General Elections, alleged vote buyers were arrested across the country by the EFCC. Some have already been charged to court. The latest updates I received indicate that the EFCC has secured the first conviction of a vote buyer in Gombe State. This surely is a welcomed development.

“Similarly, about two weeks ago, the commission received some case files from the Nigeria Police of alleged offenders generally from the 2019 General Elections. We are studying the case files for further necessary action. We have consistently warned all staff of the commission to remain neutral and professional. All election duty staff will swear to an oath of neutrality, as required by law.

“Training of ah-hoc staff has been intense, materials and staff will be deployed promptly to all Pus, in fact, all non-sensitive materials for the four elections have already been delivered in the states and we have batched them and categorized them by local government areas. We are just waiting for the sensitive materials so that we’ll move to the polling units, as we have promised to do.

“We are working with security agencies to ensure that our officials, materials, processes and procedures are adequately protected. As I said earlier, I shall be in Yenagoa along with the Inspector General of Police to address the stakeholders and to sign a peace accord on the 7th of November and the 11th of November in Lokoja,” he said.

Responding on behalf of the political parties, the President of the Inter-Party Advisory Council of Nigeria (IPAC), Chief Peter Ameh, highlighted the role so far played by the organization to realize a level playing ground for political parties in the country.

He charged contestants in the two states to go about the election peacefully, realizing that there is no need to use force or any other means that cannot be said to be democratic, realizing that whoever wins is from the state and must have gotten the mandate from the people rightly.

“We have to speak to ourselves that those who are going to contest election in Kogi and Bayelsa must understand that whoever will win must be an indigene of either Bayelsa or Kogi state, so there will not be need for any other voice to be shut down in the process trying to get into government because if you are going to government the people, you must get their right mandate through the ballot box and not through gun or intimidation

“It’s key we state clearly what IPAC has been doing over the years. We are a multi-stakeholder platform, working for a sustainable and credible electoral environment, speaking out against mudslinging, name-calling, when it comes to campaign, electoral violence, ballot-box snatching and voter intimidation, including vote-buying.

“For us as members of the council, one of the things that we’ll continue to fight for is how a credible and level playing field is created for all registered political parties in Nigeria, to participate in elections, without any higher authority having an over-imposing hand over other registered parties,” he said.