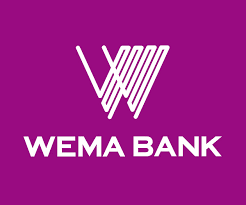 This is not exactly good news for its existing shareholders. Shareholders have not received dividend in a while and although the board promised dividend payment by 2016, this might not be feasible in the face of prevailing dire economic situations.

There is however a bit of good news for a potential investor. The bank’s shares, currently being sold on the floor of the Nigerian Stock Exchange (NSE) are at the present very cheap. The investor that is prepared to wait for capital gain and appreciation might want to buy in now.

To keep up with the trend in the banking industry for the 2015 financial year, clients patronised Wema Bank more in matters regarding loans and advances.  The bank’s loan portfolio increased by 24.3 per cent to N350.7 billion. Despite this, average lending rate decreased over the preceding year’s, dipping to 20 per cent from 23.8 per cent in the erstwhile year. The bank, while charging lenders a lower interest rate, also increased its average deposit interest rate. Average deposit interest rate increased to 6.8 per cent from 6.5 per cent.

Net interest margin, the true test of a bank’s effectiveness in its core banking operations of lending and borrowing, improved to 47.8 per cent in 2015 from 43.8 per cent in 2014. While this result was better, it was yet lower than what most banks recorded for the same period under review.

During the course of the year, the bank’s gross earnings (which comprises interest income and other fees and commission) increased to N45.9 billion. Such gross earnings was just 8.8 per cent better than the preceding year’s N42.2 billion level.

The growth in turnover, as high as it was, however did not make it all the way to the bottom-line. Pre-tax profit declined by 2.9 per cent to N3.01 billion, and profit after tax declined by the same 2.9 per cent to N2.33 billion. Earnings per share, at 6 kobo was at the same level it was at in preceding year, and the bank did not pay shareholders any dividend.

As previously mentioned, Wema Bank’s slightly higher turnover intersected with lower profits, and as such profitability ratios for Wema Bank dipped in 2015. First to achieve a regression was the profit margin of the company, dipping to 6.6 per cent in 2015 from 7.3 per cent in 2014. What this means is that for every N100 earned by the bank in the course of the year, only N6.60 made it to the profit position, as compared to N7.30 for the year preceding 2015.

It seemed downsizing paid off for the bank in 2015. During the course of the year, the number of employees in its employ decreased to 1,080 from 1,127. Despite this, earnings per employee improved to N42.5 million on the average, up from N37.4 million in 2014. This is an indication of employee productivity and company efficiency.

A comparison of the bank’s performance as regards loans classified as non-performing shows a decline, suggesting that Wema Bank’s recovery strategy for loans was not as effective in 2015 as it was in 2014. While conventional wisdom says that this ratio should be as low as possible, Wema Bank’s ratio grew to 2.67 per cent from 2.49 per cent.

Wema Bank recorded a noticeably lower risk weighted capital adequacy in 2015, down to 15.1 per cent from 18.2 per cent in 2014. As was the general rule in the banking sector, its result for the year was also higher than the 15 per cent minimum mandated by the Central Bank of Nigeria (CBN), but only infinitesimally so.

Having a debt to equity ratio of 7.6 shows that the bank is using N7.60 of liabilities in addition to each N1.00 of stockholders equity. In other words, the bank is using N8.60 of total capital for every N1.00 of equity capital. A little high but still within acceptable limits, it also matches what was normal in the banking industry in 2015.

The bank did not give any dividend per share held for its 2015 financial year, and this was the same scenario as the preceding year. The board of the bank has however promised shareholders that it would pay a dividend at the end of 2016.

Asset turnover for the year was 0.12 times, same as the year before, while assets/equity was 8.6 times. Analysis shows that sustainable growth for 2015 was 6.5 per cent and was lower than the 7.1 per cent it was in 2014.

This means that using only the revenue it generates, this bank had the capacity to grow up to 6.5 percent. It however grew at a faster 8.8 per cent (as determined by its actual growth). This also was the scenario in 2014. If this trend continues, the bank may run into financing problems and may have to seek external funding to support operations. In fact, Wema Bank obtained shareholders’ approval in May 2016 to issue bonds or preference shares to raise N20bn in the first tranche of a N50bn programme.

On February 24, 2017, the market price of Wema Bank was 50 kobo, and this one of the rock bottom prices for bank stocks on the NSE. Because EPS was 6 kobo, P/E ratio as at analysis date was 8.5 while earnings yield was 0.18. The intersection of both show that the stock is undervalued.

Also, net assets per share was N1.20, much higher than the current market price of 50 kobo and therefore quite attractive.

The company is also worth more on paper than it is on the floor of the Nigerian Stock Exchange, as shown by a lower market value as compared to its book value. This also, is good news for the investor. At the current market price of 50 kobo, we recommend a buy for investors who are willing to hold on to the stock for a while in hopes of appreciation.

The Wema Group’s third quarter result for 2016 shows top line growth, but bottom line decline. Revenue grew by 19.9 per cent to N31.9 billion when compared with the same levels in the prior year. Meanwhile, pretax profit for the period was N1.49 billion, 2.6 per cent lower than the corresponding figure in 2015. Loss per share for the period was 4 kobo.

Also, net interest margin for the period was 40.1 per cent, lower than 50 per cent during the corresponding period in 2015.

Wema Bank prides itself on its key differentiating factor which is value driven relationship banking. According to the management of the bank, the Wema Bank brand is driven by a desire to develop an intimate relationship with its customers, putting it in a position to recognize their requirements and priorities. After successfully reinventing itself from an old generation bank into a more modern one, the bank’s approach is now hinged on mutual respect, service, innovation and efficiency. In line with its core ideals and values, it seeks to understand customers’ businesses and objectives, such that it is able to anticipate and meet their needs.

As earlier mentioned, the Wema Bank stock is ideal for the investor who is prepared to wait for the long haul, but is not a particularly good vehicle for dividend income.