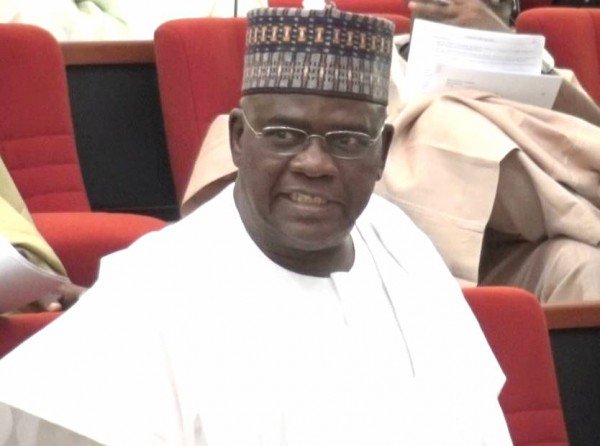 The Office of the Attorney-General of the Federation (AGF) on Friday took over the case of alleged N25 billion fraud filed against former Gombe State Governor Danjuma Goje from the EFCC.

For almost eight years, the EFCC had been prosecuting the former governor until Friday.

The case, which is before Justice Babatunde Quadiri of Jos Federal High Court II, has even gone to the Jos Court of Appeal over the remaining two count charge out of 21 filed against him by EFCC.

The Appellate Court is yet to fix a date for the hearing of the appeal.

When the case up for an emergency hearing before Justice Quadiri, the EFCC Counsel,Mr Wahab Shittu, told Court that the agency was withdrawing from the case and handing it over the office of the Attorney-General for continuation.

“My Lord, this case was earlier adjourned for June 20 for continuation of hearing, but then we are here today on the latest development on the matter.

“We as EFCC counsels are withdrawing from the matter and handing it over to the office of the Attorney-General for continuation with the prosecution.

“As you can, in Court today is a State Counsel from the AG’F’s office to formally take over this case from us,“ Shittu declared.

Responding, Mr Paul Erokoro (SAN), did not object to the EFCC withdrawal and handing over of the case to the Attorney-General.

“My Lord we not objecting to the anti-graft withdrawal and handing over the prosecution to the AG’s office,“ Erokoro said.

Mr Pius Asika, Counsel from the office of the attorney general, however, announced his appearance for the case.

Asika then applied for an adjournment to enable him prepared for the case proper “having come into the matter today (Friday).

Justice Quadiri then adjourned to the case to June 21, 2019 for continuation of hearing.