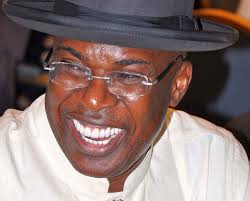 A group, Partner For Petroleum & Energy Sector Prosperity Initiative ( P-PESPI has condemned a recent call for the sack of Minister of State Petroleum, Timipre Silva over a recent comment on debts owed by International Oil Companies (IOCs).

Sylva was quoted as saying that the $62 billion owed Nigeria by IOC’s would be difficult to recover, a comment which P-PESPI insists was made with deep knowledge of the industry.

The group therefore said that it was unreasonable for a group to have called for the sack of Sylva, stressing that he was a great asset to the industry and should be commended.

According to a statement issued in Abuja on Wednesday and signed by its National Chairman, Charles Ibiang, he said that the Minister was quoted out of context.

He insisted that the comment by Sylva asking government to dialogue with the IOCs does not in any way amount to sabotage as claimed by the CSO.

The P-PESPI Chairman stated categorically that as close observers of the Petroleum Sector, the group is solidly in support and stand with Chief Sylva.

“The IOCS are not injecting new Capital for new Projects, rather what they are engaged in is Assets Management and Divestment.

“Therefore, retaining current investors like IOCS is very important and Strategic, if we must maintain our current activities and Production level as well as attract new Direct Foreign Investments in the Oil & Gas Sector,” he said.

Ibanga added that so far, Sylva had performed creditably in the sector, describing his short stewardship of the Petroleum Ministry as unprecedented.

“The NLNG Train 7 has reached an advanced stage of execution and Final Investment Decision to be signed by November, 2019.

“This is about $17billion dollars investment with the capacity to generate more than 45 thousand Jobs.

“Imagine the huge impact on Nigerian Economy in terms of FDI, wealth creation, Employment opportunities and Jobs across the value chain of Local Content Ecosystem in Nigeria.

“In the same vein, the two year protracted disputes between SPDC OML 25 and the Belema, Njege and Opu Kula Communities has been resolved by Chief Sylva.

“Over $6billion Dollars was lost due to the crisis,” he said.

He therefore called for all to join hands and support the Minister of State to succeed and reform the Nigerian Petroleum Sector.