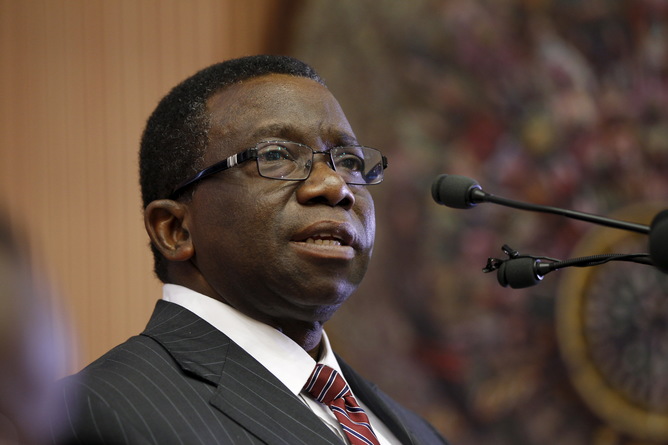 After one week of heated negotiations and intrigues, governments representing nearly more than 90 percent of the world’s population who attended the seventh session of the World Health Organization’s global tobacco treaty negotiations in New Delhi, India, adopted policies that will protect public health over the narrow interests of the tobacco industry.

These include tools to hold big tobacco companies legally liable for the harms of their products, recover healthcare costs, facilitate access to justice for victims of tobacco-related diseases, and safeguard public health policymaking from the industry at the national level.

Governments unanimously adopted the suite of public health measures over the objections of the tobacco industry. Throughout the negotiations to the treaty, formally tagged the ‘Framework Convention on Tobacco Control’ (FCTC), the industry tried to undermine the talks via government delegations, industry front groups, lobbying, and other means. Despite these tactics, governments adopted decisions, like advancements on legal liability, that could provide precedent for holding other industries accountable for the environmental and public health harms they cause.

“The tobacco industry is the single largest barrier to tobacco control policies globally—and these negotiations were no exception,” said John Stewart, deputy campaigns director at Corporate Accountability International. “We applaud the delegates that stood up to the industry and rejected their rhetoric. It is thanks to them that governments have now adopted some of the strongest measures yet to protect millions of people’s lives.”

At the negotiations which held 7-12 November 2016, governments agreed to expand the expertise and case studies available to file legal and civil suits against Big Tobacco. The decision, which advances Article 19 of the global tobacco treaty, opens the door for governments to sue the industry and recoup millions of dollars for the health care costs associated with tobacco use. It could also provide precedents for people to pursue legal liability for other industries that affect public health and the environment, like the fossil fuel industry. To date, a handful of countries have utilized the principles contained in Article 19. For instance, Canadian smokers recently won a $15 billion payout from the industry, after an historic 17-year legal suit.

“At these negotiations, governments said ‘enough is enough’ when it comes to tobacco industry interference in their public health policies,” said Philip Jakpor, Nigeria spokesperson of Network for Accountability of Tobacco Transnationals (NATT). “Together, they advanced policies that will push Big Tobacco out of the way, and let public officials do their jobs: saving people’s lives.”

“For years, the tobacco industry has intimidated countries with threats of legal suits for their common-sense public health laws,” said Hellen Neima, tobacco control advocate from Uganda. “At these negotiations, governments set the stage for the kinds of legal challenges that have the potential to bankrupt the tobacco industry in the years to come.”

Governments also advanced policies to protect public health policymaking from the tobacco industry. The decision, which advances the backbone of the global tobacco treaty known as Article 5.3, will establish a centralized knowledge hub for research and expertise on Big Tobacco’s attempts to water-down policies related to tobacco control. It directly addresses the industry’s long history of interference in public health. For instance, last year, a British American Tobacco whistleblower revealed that the corporation had bribed an FCTC official to represent its interests at negotiations for the Illicit Trade Protocol.