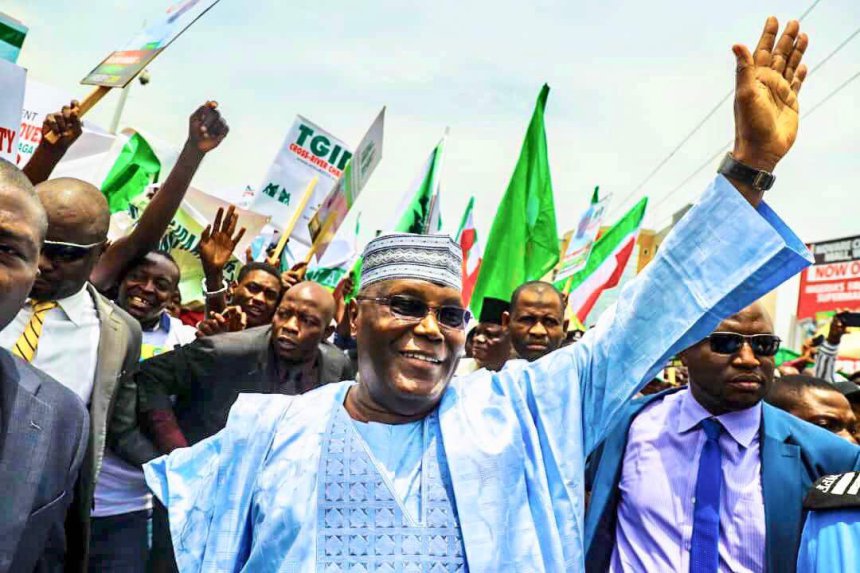 Security has been beefed up in some parts of Ebonyi State capital, Abakaliki in the build-up to the arrival of the Peoples Democratic Party presidential candidate, Alhaji Atiku Abubakar to the state for campaign.

The News Agency of Nigeria reports that major roads leading to the Pa Ngele Oruta Stadium were blocked to traffic while vehicles were diverted to other routes.

NAN also reports that all the markets in the city were closed for business as the people trooped in their numbers to the stadium for the rally.

NAN observed that the 10,000 capacity stadium was already filled to the brim around 8am by the PDP faithful drawn from the 13 Local Government Areas of the state.

Mr Emmanuel Uzor, the Chief Press Secretary to Governor Dave Umahi told NAN that Ebonyi as a PDP state is fully “Atikulated” adding that the state was ready for the PDP candidate.

“We are ready for the PDP presidential candidate. The turnout is tremendous and unprecedented. Ebonyi will give him 1.4 million votes during the February 16 presidential election.

“Atiku is our own and the government has made full arrangements for the campaign rally,” he said.

A member of `Friends of Atiku’ Ebonyi Chapter, Mr Chijioke  Agwu, noted that the people of the state and the nation had confidence in the Atiku/Obi ticket.

“We have no doubt that when he becomes the president, Nigeria will be a country all of us will be proud of.

“In Ebonyi State everybody is PDP and Atiku Abubakar is our candidate. Already the Ohanaeze Ndigbo the, umbrella and apex socion-cultural organization in the South East has endorsed him.

“We are happy to welcome them to Ebonyi and we use this opportunity to reassure them that the state is totally for them and will cast block vote come February 16,” he said.