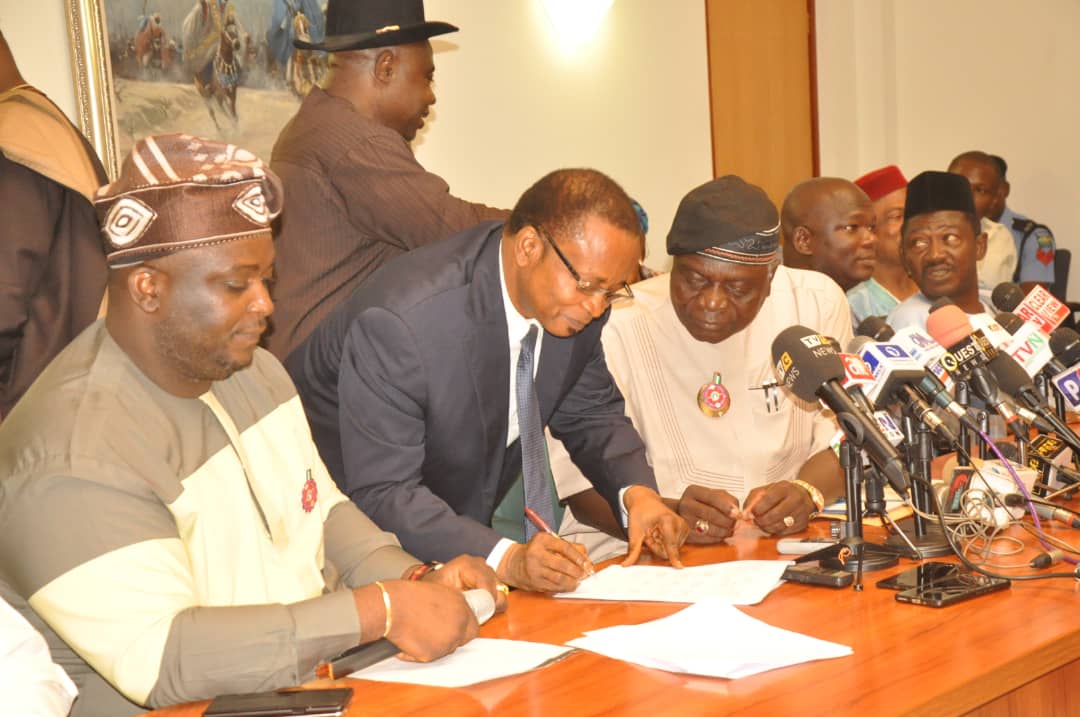 The plan by the opposition to wrestle power from the ruling All Progressives Congress (APC), receives a boost as nine political parties on Monday declared their willingness to work with the Coalition of United Political Parties (CUPP).

The move according to the new members of the coalition was to ensure victory for Atiku Abubakar at the 2019 polls.

CUPP is a coalition of 44 opposition parties led by the People’s Democratic Party (PDP). The nine new members brings the number of parties in the coalition to 53.

The New parties who were received into the coalition by the chairman of the CUPP Steering Committee, Prince Olagunsoye Oyinlola, pledged their support and commitment to ensuring that the opposition coalition consensus candidate Atiku Abubakar who is the candidate of the PDP defeats President Buhari at the next year Presidential Polls.