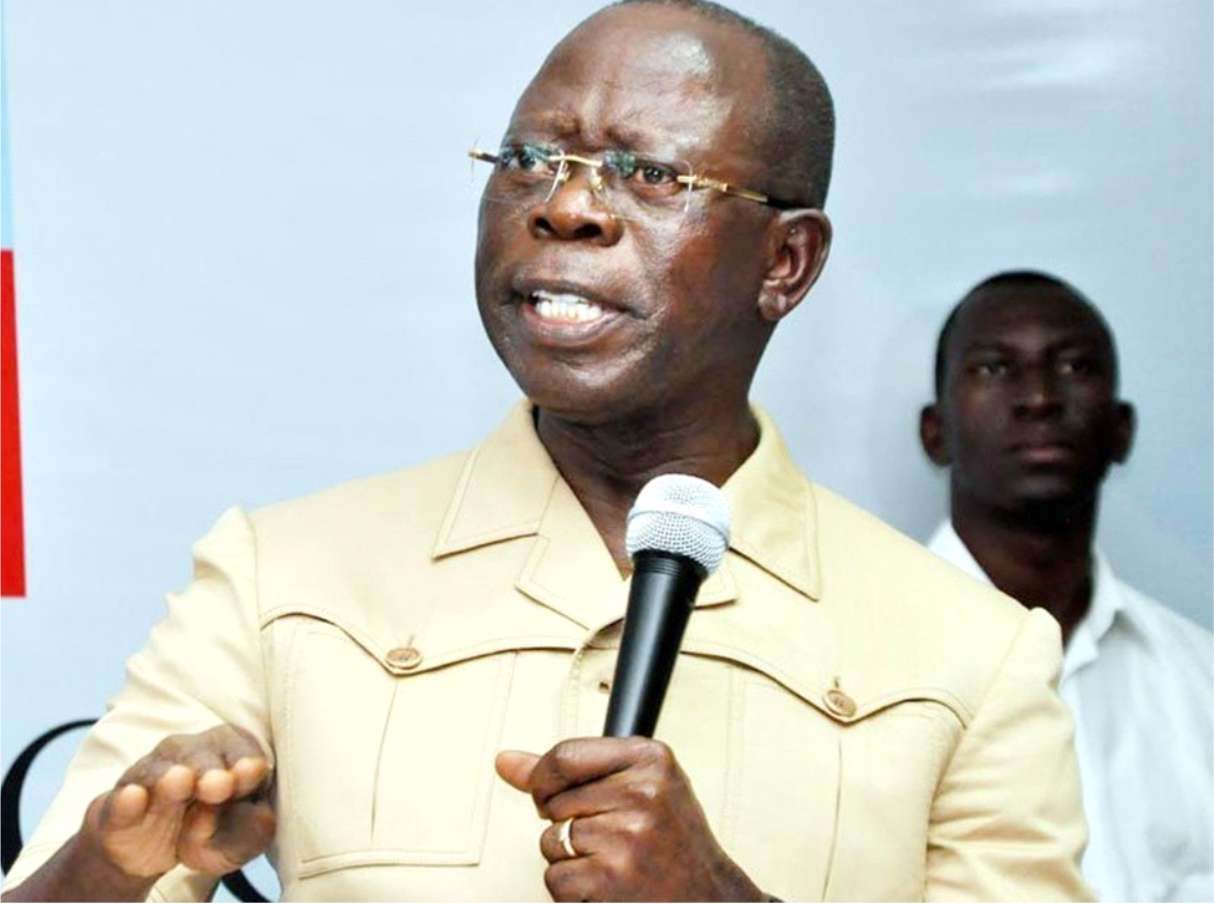 A chieftain of the All Progressives Congress (APC), Abubakar Sidiq Usman has described as reckless and irresponsible, the statement credited to the National Publicity Secretary of the party, Mallam Lanre Isa-Onilu asking aggrieved members to feel free to join the Peoples Democratic Party (PDP).

Mallam Onilu is reported to have stated in a statement that aggrieved members who no longer feel comfortable with the style of operations and political engagements of the leadership of the party to feel free to exit and join the opposition Peoples Democratic Party PDP.

He was apparently responding to issues raised by Senator Lawali Shaibu, the party’s Deputy National Chairman, North and Chief John Oyegun, the party’s former National Chairman, regarding the fortunes of the party under the leadership of Comrade Adams Oshiomhole. Shaibu and Oyegun had among other things accused Comrade Oshiomhole of lacking the necessary composure, capabilities and requisite experience to run the party, a development one of them used in calling for his resignation.

The criticisms drew the response of the party through its spokesman, Mallam Lanre Isa-Onilu, who described their outburst against the National Chairman as written in bad faith, saying that the leadership of the party under Comrade Oshiomhole will continue to strengthen compliance with the rule of law, build support structures for democracy and ensure discipline across board.

But in response to Mallam Onilu’s statement, Mr Usman who contested for the position of National Publicity Secretary and emerged the first runner up behind the former National Publicity Secretary, Mallam Bolaji Abdullahi at the 2018 National Convention of the party said the response is the exact reason why many party members subscribes to the issues raised by Senator Shaibu and others.

He said the fact that the party can ask aggrieved members to join the PDP when it should be doing all it can to pacify them irrespective of their grievances has shown that the leadership of the party has not only failed in their responsibility but has also shown that nothing has been learnt and nothing has changed since the coming of the present leadership.

“When they asked aggrieved members to feel free and join the PDP, I wonder if they were referring to those who contested elections alone. There are millions of members who were not contestants in the 2019 general election, but are aggrieved because the candidate they freely voted for were substituted for were denied the party’s ticket thus resulting in the depletion of what they pride as their own.

“No serious member of a political party will be happy to watch what it fought for going down the drain because of the recklessness of a few individuals especially when there were rooms for issues that resulted to be resolved. That alone is enough for anyone to be aggrieved.

“It is evident that the party is fast losing grounds as a result of the failure of leadership exhibited within the last one year. Within the past few weeks alone, more than 30 seats of party members elected into the National Assembly have been taken by the opposition parties or in many cases withdrawn from a particular candidate to another candidate within the APC.

This is clearly as a result of the sham primaries conducted across the states where winners are substituted arbitrarily, thus resulting in many pre-election cases mostly. This is not only unprecedented but unheard of. Mr Usman described Onilu’s comparison of what was obtainable in the party during the leadership of Chief Oyegun as a feeble attempt to cover up their failure, wondering why a leadership that met 23 governors when it came to power, but now left with just 15 is now giving itself pass mark as having improved the fortunes of the party in terms of election.

“If the current leadership is going to be using Oyegun’s leadership as the yardstick for its own success, then we have a long way to go because when we decided to rally round Oshiomhole, we knew exactly why we wanted Oyegun badly replaced.

“While I acknowledged that the party under the leadership of Chief Oyegun failed in aligning the varying interests of the legacy parties that formed the APC in 2014, thus leading to widespread indiscipline and impunity within the party, the Oshiomhole led leadership for which we had high hopes and expectations have only succeeded in consolidating the failures of Pa Oyegun.” He said the inconsistency in the mode of primaries adopted for each state and the fact that committees selected for the conduct of these primaries were arbitrarily done without even the input of most members of the National Working Committee was the beginning of the failure of the Oshiomhole leadership.

On the fortunes of the party, Mr Usman said the current leadership of the party must take full responsibility for the avoidable losses recorded in some states instead of passing the blame to the past leadership or some stakeholders at the state level.

He cited the claims by the party that “the APC has improved significantly on the result of the 2015 election under the leadership of Oshiomhole while refusing to take credit for the loss of governorship seats at the state is very disingenuous and cowardice.

“According to Mallam Onilu, what was considered an achievement for the current leadership of the party is the fact that APC defeated the PDP with a margin of nearly four million votes in the 2019 election compared to the 2.5 million votes margin in the 2015 election.

But what it fails to tell itself is that the presidential elections were not conducted in Abuja alone where the national headquarters of the party is domiciled, so the national leadership cannot take credit for its outcome.” “Elections were conducted across the states where every other election took place. If the president won his election with a wider margin compared to 2015, it is because the people rallied around the president whose emergence as the party’s flag bearer brought no blemish to the party.

But same is not the case with the states because apart from the fact that elections at that level are usually very competitive, most contestants were shortchanged with the way and manner the primaries and activities after it was conducted.

Worse off is the failure of the leadership to look into the various issues that emanated and work towards resolving them. Instead, it allowed them to fester resulting in the outcome of the 2019 elections.”

Mr Usman called on the party leadership to retrace its steps, take responsibility for where it failed and embark on genuine reconciliation especially with those who are truly aggrieved.

“While I agree with the party that erring embers should be disciplined according to the rules of the party, the leadership must not be blinded to those who are truly aggrieved or have genuine issues to be addressed. The act of issuing a blanket statement for any aggrieved member to feel free and join the opposition is uncalled for. Politics is a game of numbers.”