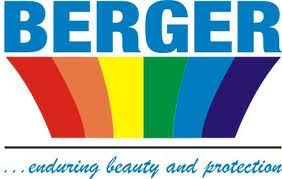 Our analysis of Berger Paints Plc’s current financial report shows that the 2016 financial year was a not as good as 2015 was for the company. It wasn’t able to step up the level of its business activities, and earned a lower revenue than the year before. It also retained a lower profit in the review year than in the prior year. Because of this, profitability ratios for the year were mostly a regression over the preceding year’s. Profit margin improved, as did return on assets and return on equity.

It is however important to note that while the company’s results were not as good as those of the prior year, they still competed favourably against the industry standards for 2016.

For its 2016 financial year, Berger Paints recorded a decline in most of its parameters. First, the company’s ability to earn income during the course of the year declined, and its gross earnings dipped by 13.3 per cent to N2.6 billion from N3 billion in the prior year. This 13.3 per cent decline rate is as compared to a decline of rate of 1.9 per cent in 2015.

After-tax profit also declined over the preceding year’s level by 32.1 per cent, closing at N224 million, while distributable profit was N234 million. Dividend was N144 million, 33.6 per cent lower than the N217 million dedicated to dividend in 2015.

Earnings per share (EPS), at 77 kobo, was not surprisingly lower than that of the prior year. This EPS was 32.5 per cent lower than the 114 kobo recorded before. The company then declared a dividend of 75 kobo, same as the 75 kobo declared in 2015.

In terms of staff matters, the company did not do very well for the year ended December 31 2016. On the average, each employee contributed only N1.40 million to the company’s pre-tax profit, down from an already low N2.69 million in the prior year.

While Berger Paints’ equity could not finance a higher proportion of its total capital in 2016 than it did in the preceding year, its capital adequacy for the year under review was still high enough to compete against industry standards.  The result for the year was 93.1 per cent, slightly lower than the 94.0 per cent recorded in the erstwhile year, but very much on par with what was obtainable in the industry for the period under review.

Berger Paints performed quite well in terms of liquidity ratios for its 2016 financial year, but not as well as it did in 2015. While it was not better able to convert assets into needed funds as quickly as it did in 2015, its results still surpassed 2016 industry standards. Current ratio, which measures whether or not a firm has enough resources to pay its debts over the next 12 months, was 1.2 times, lower than the preceding year’s 1.9 result.

For the review year, the company recorded a distributable profit of N224 million, N144 million of which it dedicated to dividend payment, and N89 million of which it retained. It therefore it had a retention ratio of 0.38, at about the same ratio it had in the past year.

The Berger Paints stock is one of the median priced stocks on the Nigerian Stock Exchange (NSE), and our analysis shows that it is slightly undervalued at its current market price of N7.00. As at the analysis date of October 6 2017, net assets per share was N8.99, and this was just a little higher than the current market price and suggests undervaluation.

The company is also worth a little more in its books than it is selling for on the NSE at now, as shown by a higher book value as compared to its market value. While book value is N2.6 billion, current market capitalisation is a slightly lower N2.02 billion. This also, is a sign of undervaluation.

We recommend a buy at this price.

Berger Paints commenced operations in Nigeria in 1959 in the Coating and Allied industry, a legacy inherited from Lewis Berger, the German colour chemist who founded the Berger Paints’ group in 1760 in London. The leading paint company has a manufacturing plant and a main distribution centre in Lagos and has an ongoing commitment to the development and manufacture of paints and allied coatings that are technologically advanced, environmentally friendly and formulated to withstand harsh tropical conditions.

Because the Berger Paints stock is median priced and it is one that pays dividend, we recommend it for purchase for investors, and the good news is that the average investor has the necessary financial leverage to buy into the company because it is not so expensive.