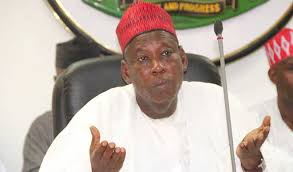 Governor Abdullahi Umar Ganduje of Kano State, on Thursday, presented a proposed N197,683, 353, 659 billion Appropriation Bill for the year 2020, to the State House of Assembly.

Ganduje disclosed that the Ministry of Education would receive the lion share of N49. 9 billion, representing 25. 23 percent to allow for critical projects such as the government’s free and compulsory education policy.

In his remarks, the Speaker, Kano State House of Assembly, Alhaji AbdulAziz Garba Gafasa, assured the commitment of the House to work with the executive to move the state forward.

He added that the Assembly would conduct a public hearing on the budget to ensure that all stakeholders are carried along in the governance of the state.