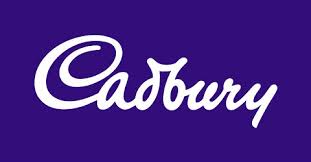 The 2016 financial year was not a good one for Cadbury Nigeria Plc. While it managed to grow turnover, it couldn’t do the same for profit, recording a loss rather than a profit. It is important to note that this company was weighted down by its high cost of sales and operational expenses during the course of the year, and these had a negative impact on its bottom line.

We forecast that the 2017 financial year might be a slightly more profitable one for Cadbury Nigeria Plc than the 2016 financial year was, if it is able to control its galloping costs.

Cadbury was able to record a growth in turnover for its 2016 financial year but could not sustain that growth momentum to the profit level. Turnover for the year under review was N29.98 billion, and this was an improvement of 7.7 per cent over the preceding year’s N27.83 billion level. Cost of sales however climbed more steeply than turnover did, and this ate into the company’s gross profit. Combined with galloping operational costs, the high cost of sales had an adverse effect on the company’s pre tax profit.

After deducting operating expenses, administrative expenses and finance costs from the gross profit, Cadbury was left with a pre-tax loss of N562 million, and this was a 135.6 per cent decline over the profit of N1.58 billion made in the preceding year.

The same pattern was recorded for after tax profit. Instead of a profit, there was an after tax loss of N296 million, a 125.7 per cent decline over the after-tax profit of N1.15 billion recorded in the prior year.

Meanwhile, total assets employed during the review period was at the same level it was in the preceding year while equity level declined over the prior year’s.

Because the company’s turnover intersected with a loss for the 2016 review year, its profitability ratios took a downward dip. It recorded a loss margin of 1.9 per cent during the course of the year, as compared to a profit margin of 5.7 per cent in the prior year. This means that every N100 worth of turnover made a loss of N1.90, as compared to a profit of N5.70 in the prior year.

Cadbury recorded a slightly lower level of capital adequacy in 2016 than it did in the prior year, and its result competed favourably industry standards for the period under review.  At 71.1 percent, and slightly lower than the 73.3 per cent result recorded in the prior year, the company’s result is still high enough to suggest that its financial strength in the future is strong.

A common feature of the manufacturing industry for the 2016 financial year is that most companies had high current ratios, having the ability to meet short term liabilities with short term assets. Cadbury followed the general rule with a current ratio of 1.08 times, slightly lower than 1.09 times in the erstwhile year.

For the review year, the company recorded an after tax loss of N296 million, and internalised all of it. Of course, there was no dividend declared for the period, so retention rate was 1 time.  With a loss margin of 1.9 per cent, a retention ratio of 1.0 times, an asset turnover of 1.06 times and an asset to equity ratio of 2.56, the company had a sustainable rate of negative 5.1 per cent. This means that using only the resources it generated, the company had no inherent capacity for growth during the course of the year. It however grew much faster than that, recording an actual growth rate of 7.7 per cent. This was a departure from the prior year when the company had a higher sustainable growth rate as compared to an actual decline rate.

Our analysis determines that it the Cadbury stock is overvalued. Currently trading at N14.77 on the floor of the Nigerian Stock Exchange, it has a negative P/E ratio and a negative earning yield, both pointers to overvaluation. Also, nets assets per share about half the size of its current market price. This is a clear indication of overvaluation. Also, the book value to market value ratio is much lower than one, another clear indication of overvaluation. While book value is N11.1 billion, the market value is easily twice that number.

Not only is this stock overvalued, it is also not one that pays shareholders regular dividend. For an investor whose aim for investing is dividend, this is not the stock to buy.

Cadbury Nigeria Plc was incorporated in Nigeria on 9 January 1965 as a company limited by shares. It became a publicly listed company with its shares traded locally on the Nigerian Stock Exchange in 1976. The company is principally engaged in the manufacture and sale of branded fast moving consumer goods mostly to the Nigerian market, but also for exports in West Africa, producing a wide range of intermediate products such as cocoa butter, liquor, cake and powder. The cocoa butter, cake and liquor are exported to a wide range of international customers while the cocoa powder is consumed locally.

The 2016 financial year was not a great one for Cadbury, and we are yet unsure if its luck would turn significantly in 2017.