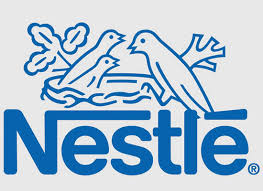 The company was able to weather Nigeria’s uncertainties in 2016 better than a lot of other companies did, but the recession did have a down turning effect on the company’s profit. While it recorded a profit, and such profit was significantly lower than that of 2015. This had a regressional impact on both profitability ratios and dividend payment to shareholders.

We however expect that the company should be able to have a good performance into 2017, and record an astounding year, result wise.

For its 2016 financial year, Nestle did not record a growth in all of its parameters. While some experienced a growth, some didn’t. First, the company’s ability to earn income during the course of the year improved, and its gross earnings grew by 20.2 per cent to N181.9 billion from N151.3 billion in the prior year. This 20.2 per cent growth rate is as compared to a lower growth rate of 5.6 per cent in 2015.

After-tax profit also declined over the preceding year’s level by a whopping 66.7 per cent, closing at N7.9 billion, as compared with N23.7 billion in 2015.

Meanwhile, total assets grew over the preceding year’s while the levels of liabilities and equity declined over the prior year’s.

Because the company recorded a higher turnover and this intersected with a lower profit for the 2016 review year, its profitability ratios took a downward dip. It recorded a profit margin of 11.8 per cent during the course of the year, as compared to 19.40 per cent in the prior year. This means that every N100 worth of turnover made a profit of N11.80, as compared to N19.40 in the prior year.

Nestle recorded about the same level of  capital adequacy in 2016 as it did in the prior year, and its result did not overshoot industry standards for the period under review.  At 63.6 percent, about the same as the 63.9 per cent result recorded in the prior year, the company’s result is however high enough to suggest that its financial strength in the future is still unshakeable.

A common feature of the manufacturing industry for the 2016 financial year is that most companies had high current ratios, having the ability to meet short term liabilities with short term assets. Nestle was one of the exceptions to this rule with a current ratio of 0.81 times, slightly lower than 0.82 times in the erstwhile year.

For the review year, the company recorded an after tax profit of N7.9 billion, and chose to retain none of it, dedicating all of its profit for dividend for 2016.  Thus, there was no retention ratio, as compared to 0.36 times it was in 2015. With a profit margin of 11.8 per cent, a retention ratio of 0 times, an asset turnover of 1.07 times and an asset to equity ratio of 5.49, the company had a sustainable rate of zero per cent. This means that using only the resources it generated, the company had no inherent capacity for growth during the course of the year. It however grew much faster than that, recording an actual growth rate of 20.2 per cent. This was a departure from the prior year when the company had a higher sustainable growth rate as compared to the actual growth rate.

Our analysis determines that it the Nestle stock is overvalued. At N1,410.08, it is one of the costliest stocks on the floor of the Nigerian Stock Exchange. First, nets assets per share is only N37.87, and this is much more less the size of the current market price. This is a clear indication of overvaluation. Secondly, the book value to market value ratio is much lower than one, another clear indication of overvaluation. While book value is N30.9 billion, the market value is a much higher N1.12 trillion.

Meanwhile, P.E ratio was a little high at 141 while earnings yield was low at 0.007, both indicators of overvaluation. It is obvious that the company is worth much less in reality than the price it is currently trading at.

While this stock is overvalued, it is however one that pays shareholders regular dividend. For an investor whose aim for investing is dividend, this may be the stock to buy.

Nestle Nigeria Plc is a food manufacturing and marketing company. The Company is engaged in manufacturing, marketing and distribution of food products, including purified water throughout the country. It operates through two segments: Food and Beverages. The Food segment includes production and sale of Maggi, Cerelac, Nutrend, Nan, Lactogen and Golden Morn. The Beverages segment includes production and sale of Milo, Chocomilo, Nido, Nescafe and Nestle Pure Life.

The company is part of the Nestlé Group that continues to deliver good food, good life for 150 years and still counting. The company began trading operations in Nigeria in 1961 and has since grown into a leading Nutrition, Health and Wellness Company.

Nestlé Nigeria was listed on the Nigerian Stock Exchange on April 20, 1979 and currently has over 29,000 shareholders.

Our analysis shows that the Nestle stock in one that pays dividend, so it is an ideal stock for the investor who is interested in a regular dividend income.