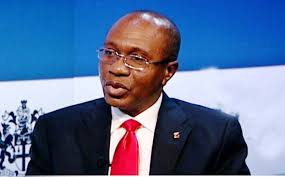 The Central Bank of Nigeria (CBN), says it will issue loans at five per cent and with no collateral to Small and Medium Enterprises (SMEs) through the NIRSAL Micro Finance Bank (MFB).

The CBN Governor, Mr Godwin Emefiele, said this at the tour of the Nigeria Incentive-Based Risk Sharing System for Agricultural Lending (NIRSAL) MFB in Gwagwalada, a satellite town in Abuja on Wednesday.

He said the loan would be issued under the Agri-Business Small and Medium Enterprises Investment Scheme (AGSMEIS), an initiative of the Banker’s Committee.

Emefiele said the loan would run for tenure of seven years with two years moratorium.

He said that the fund, made up of five per cent Profit After Tax (PAT) from Deposit Money Bank’s (DMBs), was being set aside to support the SMEs in agriculture and other types of small businesses.

According to him, the initial capital base of the bank is five billion naira.

According to Emefiele, accessing credit facility is a major hindrance to SMEs development because of their inability to provide collateral.

He, however, said that SMEs operators would access the loans without necessarily providing any collateral.

“The asset that we are financing for them will act as the collateral.

“That collateral will be registered in our national collateral registry as something that is eligible to serve as collateral or security for a loan that has been taken.

“We truly need to be able to set up MFBs that will reach out to the unbanked and help deepen financial inclusion.

“That way we will make it easy for people to access credit, particularly the small and unbanked people because we have always said that these are the very weak along the chain.

“We have already set a target that by 2020, the rate of financial inclusion must increase to 80 per cent from about 48 per cent a year and half ago.’’

According to him, the MFB is a collaboration of the Banker’s Committee, NIRSAL and the Nigerian Postal Service (NIPOST) and will be set up in all the 774 Local Government Areas (LGAs) to bridge the financial inclusion gap.

“We are just inspecting one out of the first seven and we are scaling up to the next 50 in the next phase.

“We believe that before the end of this year, we would have moved substantially in making sure that they are set up and be able to provide finance to small businesses.’’

On the NIRSAL MFB crowding out other MFBs, the governor said that was not the intention.

He said rather, the NIRSAL MFB would complement the services of the existing MFBs and see to it that whatever services were being provided by them would be seen to be fair to their customers.

“I also know about the rural communities where the microfinance banks charge very prohibitive interest rate but here we are talking about making fund available to these people.

“This will help to create some form of competitive landscape so that those kinds of practices will no longer arise.’’

Dr Chiamaka Odinga, a veterinary doctor, a beneficiary of the loan said she was very happy about the establishment of the bank as it had erased the issue of collateral for loans.

“One of the hindrances we experience in the poultry industry is accessing credit facilities and CBN has made it possible for us to do so without collateral.’’

The NIRSAL MFB was incorporated as a Private Limited Company in 2018 with license from the CBN. (NAN)