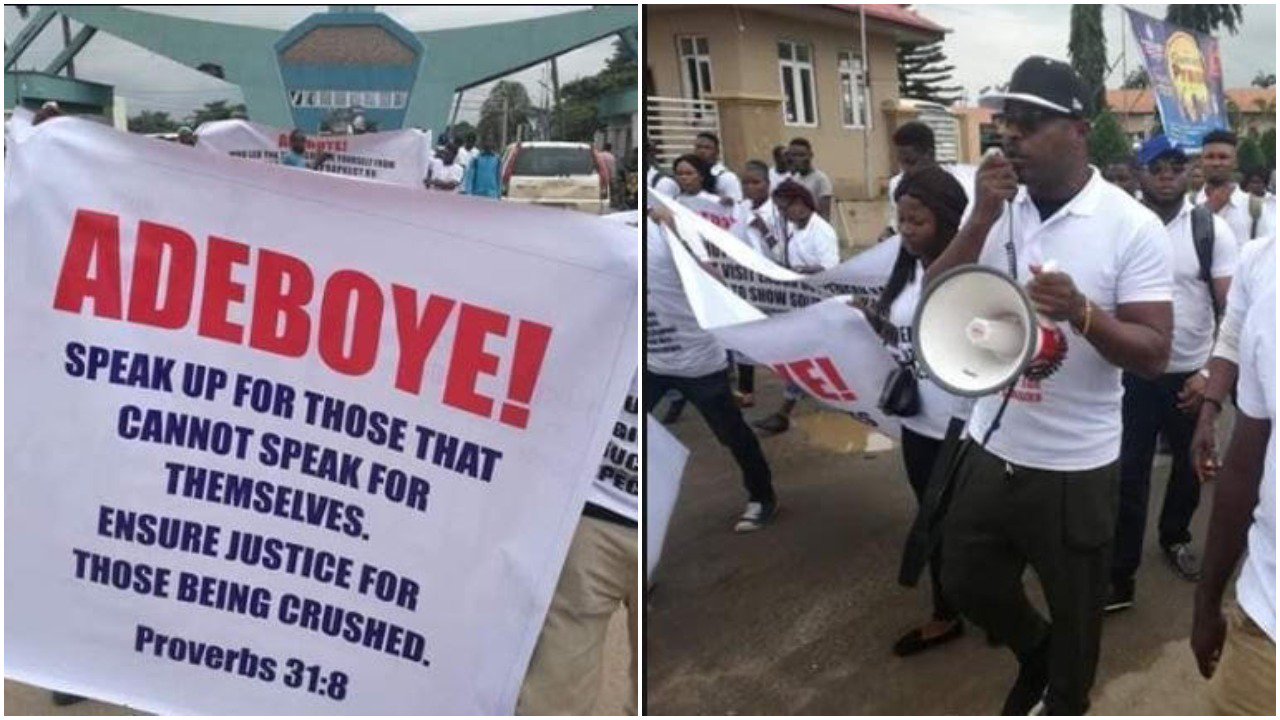 Some members of the Creative Group Industry on Monday staged a peaceful protest to the Redemption Camp, Lagos -Ibadan Expressway to make some demands from the General Overseer, Pastor Enoch Adeboye, to speak up on some developments affecting the masses in the country.

They marched through the camp, carrying placards with inscriptions such as: “Adeboye, speak up for those who cannot speak for themselves”, “Adeboye, would you have kept quiet if Leah was your biological daughter”, among others.

Chairman and Convener of the group, Felix Duke said the protest was to demand Adeboye intervene in addressing the insecurity issues bedeviling the nation.

Duke said the group had expected that spiritual leaders should have reacted to the incessant killings and kidnappings affecting the North-East and other parts of the country.

“We are tired of the killings in Nigeria, the violence is too much.

” We want Pastor Adeboye, as a highly respected spiritual father globally, to lend his voice to the matter so that something can be done.

“Pastor Adeboye has his son as the Vice-President and he is well respected by President Buhari, so he needs to speak out, so that the presidency can take the matter seriously and address it as such,” he said.

According to him, the group which is formed to be independent chose Adeboye, among others because the RCCG has the largest Christian followership in Nigeria and Africa.

Duke said many Christians and non – Christians placed the spiritual leader of the church in high esteem and looked up to him.

Charly Boy, expressed disappointment that notable Nigerians, especially respected spiritual fathers were silent about the onslaught and killings within the country.

Oputa, an Advisory Board member of the group, expressed optimism that a word from Pastor Adeboye to President Buhari would send a notable signal and go a long way in restoring peace and order in the nation.

“With the number of followership Pastor Adeboye has, it will be totally wrong for him to be silent on the killings in the society.

“He needs to send a word to the Presidency, I am sure his word will go a long way to propel a change,” he said.

Addressing the group, Pastor Joshua Obayemi, National Overseer, RCCG, lauded the initiative of the group to speak for the voiceless.

He commended their struggle for the masses and promised to deliver the message of the group to Pastor Adeboye.