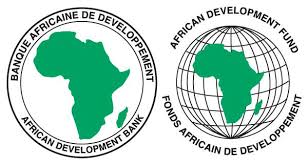 FAAL made the call at the 2nd Nigeria Roadshow of the AIF.

AIF, scheduled for Nov. 11 and Nov. 13 in South Africa, aims to change the face of investment in Africa by bringing together members with vested interest in Africa’s growth and development.

He urged industry players and policy makers to maximise opportunities that the forum would provide to connect, engage and close high-impact deals.

According to FAAL, last year’s edition of AIF held in South Africa convened over 2000 participants representing 87 countries including eight heads of governments.

“These figures are not just impressive for an attempt at something that has never been done on the continent, but phenomenal.

“These figures evince the untapped business opportunities in Africa, stemming from deals that cut across all sectors reinforcing the strategic vision of the bank as enshrined in its “High 5’s”.

“They are to light up and power Africa, feed Africa, industrialise Africa and improve the quality of life for the people of Africa,” FAAL said.

Further recounting the experience at the 2018 edition of AIF, FAAL said that Nigeria had five deals worth seven billion dollars out of the 63 boardroom deals presented at the forum.

“This year, it is paramount that we not only maintain our place as a pacesetter, but also collectively strive to improve on the quality and quantity of deals closed.

“Africa Investment Forum offers a unique opportunity to exhaust numerous options for sound, innovative and economically viable growth for the continent and, especially for Nigeria.

“Even with impressive CBN reserve of about 45 billion dollars and a pension fund of about N8 trillion, Nigeria will need a considerable amount of private finance to bridge its cumulative infrastructural needs of about three trillion dollars by 2024.

“The time for bridging this gap is now,” FAAL said.