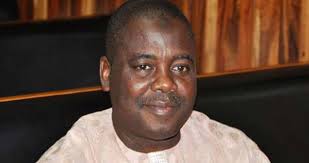 A High Court of the Federal Capital Territory (FCT) has discharged a former Director of Administration in the Nigeria Air Force, Alkali Mamu, of fraud.

Mamu was charged in June 2016 for allegedly receiving gratification while on duty as the Economic and Financial Crimes Commission (EFCC) alleged that he received $300, 000 and another N5.9 million for the purchase of vehicles from a member of Procurement and Planning Committee of Ministry of Defence.

He was also alleged to have received two vehicles, namely an Expedition SUV and a Jaguar XF Saloon, valued at N15 million and N12 million, respectively, from a company Societe D’ Equipment Internationaux Nigeria Ltd., a contractor with the Nigerian Air Force.

Delivering the judgment on Friday, Justice Garba Salisu said the prosecution failed to comply with constitutional provisions for obtaining statements from a witness.