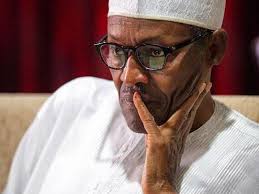 The opposition coalition of United Political Parties (CUPP) has expressed worry over what it called President Muhammadu Buhari’s lack of concern in the face of the several security challenges in the country.

The CUPP in a statement by its 1st National Publicity Secretary, Ikenga Imo Ugochinyere, said the President is playing politics with National security and focusing only on reelection campaign.

On Thursday, Boko Haram insurgents sacked two military bases in northeast Nigeria overnight as the jihadist fighters battle for control of a strategic town on Lake Chad while on Friday the President travelled to Uyo in Akwa Ibom State to launch his presidential campaign. The president also at the campaign, appointed the Minister of Interior, Gen Abdulrahman Danbazzau, to whom the Police and other paramilitary security agencies officially report to as the Director of security of the APC Presidential Campaign.

The CUPP said the appointment of General Danbazzau has finally exposed the fact that all the partisan actions of the Police Inspector General are on the express instructions of the President. “It is now clear to all Nigerians that President Buhari is playing politics with national security,” the statement said. “How and where will Gen Danbazzau draw the line between national security and APC security? How can a government be so insensitive to the plight of its people?

“President Buhari has gone amok Politically. He is now in morbid fear of losing the election and his desperation has now gotten the better of him.

The Opposition Coalition demanded that General Danbazzau should immediately resign as Minister of Interior for the sake of the lives and property of innocent citizens who are dying in their hundreds daily across the nation while Buhari plays politics.

The statement reads: “An Inspector General of Police who only specializes on how to swoop on opposition leaders and voices while bandits and criminals have a field day killing, robbing and maiming citizens without as much as a challenge.

While Nigerians are still in shock about the persecution of Deji Adeyanju by the Police, the Police have today invaded the home of Senator Dino Melaye with brute force just a couple of days after they denied the alarm he raised about a nocturnal plot to arrest him and inject him to death. This move to arrest him is obviously not unconnected with the planned protest being allegedly anchored by Dino Melaye against the unconstitutional plot to extend the tenure of the Inspector General Police.

“It is astonishing how as Minister of Interior, Danbazzau who as supervising Minister has failed to get the Police to maintain law and order and protect lives and property in Zamfara State is now worthy to emerge as Director of Security of a Presidential campaign if his duty will not be to use the instrument of the Police to rig the 2019 Presidential election in favour of President Buhari.

“Bandits have been killing innocent citizens in the villages in several Local Government Areas in Zamfara. Thousands have been made to flee and the Minister of Interior and the Inspector General of Police have been totally unconcerned.

“President Buhari has not visited Zamfara to condole with citizens, make on the spot assessments and take necessary steps to bring the unbridled shedding of blood under control.

“Finally, Nigerians must remember that President Muhammadu Buhari is in Uyo frolicking, when he has failed on all his promises to the Nigerian people in 2015 and particularly to the people of Zamfara which was a peaceful State before his emergence as President.

“Also there are media reports that the headquarters of the Multi National Joint Task Force has been overrun by Boko Haram elements and their arms and ammunition looted. The reports include that the insurgents have also hoisted their flag in Baga and are now in full control of the administration of the town after their takeover of the town. This is a national embarrassment and a direct consequence of the politicization of the security architecture. The current APC government is now like the scriptural salt that has lost its taste and is only good to pour away and march on it. They are now useless to the Nigerian people.

Therefore what Nigerians owe this government is to ensure that come 16th February, 2019 that President Buhari and his band of scavenging party are voted out of office so that we can get Nigeria which is on auto pilot working again.