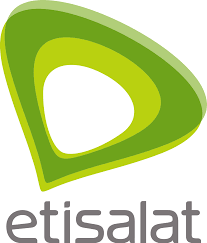 Etisalat Nigeria is focused on getting the telecoms group back on track to make profit after it was saved from collapse, while working on the paperwork to eventually raise new capital.

“Our mandate is to make sure the business runs as profitably as it can. What is most important now is to ensure that the business runs and meets its obligations,” the company’s new Chief Executive, Boye Olusanya told Reuters on Tuesday.

Nigerian regulators intervened last week to save Etisalat Nigeria after talks with its lenders to renegotiate a $1.2 billion loan from 2013 with 13 local lenders failed.

“Once we’ve gotten ourselves to where certain decisions are made and the structure and form of the business is formed then maybe we would look at a capital raising structure that would be suitable for the nature of how the business will be run,” he said.

Olusanya, who took over as CEO of Etisalat Nigeria following the appointment of a new board led by the Central Bank of Nigeria, said that while the business could run without an immediate recapitalisation, he would not rule one out completely.

“Obviously if it’s possible to do it tomorrow we will do it because that enhances the ability of this business to roll-out quickly, to get more subscribers, which is what everybody wants,” he added.

United Arab Emirates’s Etisalat, which had a 45 percent stake in the Nigerian business, has said its exposure to Etisalat Nigeria related to services worth 191 million UAE dirhams ($52 million).

In June, Etisalat said it had been ordered to transfer its shares to a loan trustee after debt talks failed.

The former Celtel executive said he has plans in place to rename the company if needed after UAE’s Etisalat said it had terminated a management agreement and given its one-time Nigerian business time to phase out the brand.

All UAE shareholders in Etisalat Nigeria, including state-owned investment fund Mubadala, had exited the company and left the board and management, according to Hatem Dowidar, CEO of Etisalat International. (Reuters)