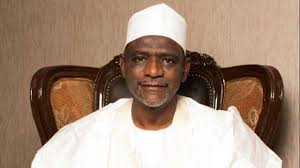 The Minister of Education, Adamu Adamu, confirmed this when he briefed State House correspondents at the end of the first meeting of the council in 2019.

The meeting was presided over by President Muhammadu Buhari.

According to the minister, the new universities are Greenfield University Kaduna; Dominion University, Ibadan; Trinity University, Laloko in Ogun and Westland University in Iwo, Osun.

“All the four have satisfied the criteria for the establishment of universities.

“They have submitted their academic briefs, their master plans and evidence of facilities after visitation by the National Universities Commission (NUC); they have satisfied all those requirements and they are being granted licences,’’ he added.

The Minister of Power, Works and Housing, Babatunde Fashola, who also addressed the correspondents, said the Council approved a National Public Building Maintenance Policy and Framework.

He said the new policy, which institutionalised a maintenance culture in the country, saying that some of the benefits of the policy would provide an inventory of government assets, and job opportunities for Nigerians.

“We have trained artisans at different levels but we have not created an economy for them to go and express themselves – Tilers, Bricklayers, Plumbers, landscapers, fitters etc.

“So, we have started with a pilot (scheme) to demonstrate to Council that this will work.

“Some of the things that this will bring include an inventory of all assets that government owns.

Fashola also disclosed that the Council approved the first contract of over N812.5 million for demarcation of specific areas of land to be affected by the actual construction of the Mambilla Hydro Power Project.

He said the contract involved nine land surveying companies, adding that the demarcation would eventually lead to enumeration and resettlement.

Fashola said the contract was also preparatory to payment of compensation and commencement of main construction of the power project.

On his part, the Minister of State, Petroleum, Dr Ibe Kachikwu, revealed that the Council approved N3.7 billion for the replacement of damaged petroleum pipelines for the Ministry of Petroleum Resources.

He said the pipelines were affected by corrosion but would be replaced with a new technology, flexible pipeline.

“The essence of this was that in 2014, the pipeline with which we were evacuating crude in that area gave way and so production became very marginal.

“This contract is therefore to replace that pipeline with a new technology, flexible pipeline, to resist corrosion,” the minister explained.