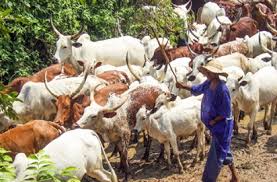 The Federal Government has begun remodelling of grazing reserves into ranches in seven states as part of efforts to transform and modernise the country’s livestock industry.

The Executive Secretary, National Commission for Nomadic Education (NCNE), Prof. Bashir Usman, made this known on Tuesday in Zaria at the opening of a three-day capacity building workshop on the remodelling of grazing reserves into ranches.

The training was organised by NCNE for 120 nomadic education extension agents and other officers of the commission.

Usman, who was represented by the Director, Social Mobilisation and Women Development in the commission, Alhaji Mohammed El-Nafaty, listed the selected states as: Adamawa, Taraba, Plateau, Nasarawa, Benue, Kaduna and Zamfara.

He said that the existing grazing reserves had already been carved out, demarcated and gazetted.

He added that 141 out of the 416 grazing reserves, spread across the six geo-political zones of the country with a total of 3.4 million hectares of land have been gazetted.

He stressed that the idea behind developing the grazing reserves into ranches was to provide state -of-the- art grazing resources for livestock herders in the country.

This, according to him, will curtail the persistent farmer-herder conflicts that are threatening peace and security in the country.

He noted that transformation and modernisation of Nigeria’s livestock industry would cause a paradigm shift from a predominantly traditional, informal and

uncoordinated industry, to a more formal and organised one.

“This can be achieved through the transformation of grazing reserves into ranches otherwise known as Intensive Livestock Production Systems.

“This entails training and re-training of front line staff and other key stakeholders, effective community mobilisation and sensitisation through extension services.

“It also involves the identification, mapping and clustering of pastoralist and their communities in the existing grazing reserves as evidence based data preparatory for the full implementation of ranching concept in the country.

“I equally entails the provision of the requisite resources and infrastructure to serve as a window of opportunities for the livestock producers to have access to improved production facilities and social amenities.

The NCNE boss disclosed that the commission had established 17 Model Nomadic Education Centers in the gazetted grazing reserves and would work closely with the Coordinating Office of the National Livestock Transformation Plan.

Earlier, Dr Abdu Ardo, Director, Department of Extension Education and Skills Development, NCNE, said that the training was organised to build the capacity of participants to mobilise and sensitise pastoralists on the remodelling process.

Declaring the workshop open, Mr Andrew Kwasari, Special Assistant to President Mohammadu Buhari on Agriculture, said that the measure would end the protracted famers-herders clashes over scarce land and water.

Kwasari, who is also the Coordinator, National Livestock Transformation Plan, said that the extension agents would demonstrate to famers and pastoralists how to promote livestock production in the country.

“I hope in the next six months, we will begin to have success stories that would help the full implementation of the livestock transformation plan,” he said.