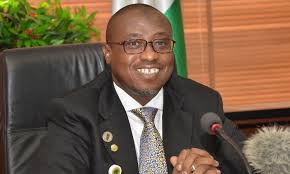 The Group Managing Director of the Nigerian National Petroleum Corporation (NNPC), Dr. Maikanti Baru made the disclosure in Abuja on Tuesday while receiving in audience, the national officials of the Nigerian Union of Journalists (NUJ) in Abuja.

According to him, the Monday’s crude oil output figure was a significant improvement from the average daily production of 2.1 million barrels recorded in last year.

The NNPC boss also revealed the corporation had recorded significant growth in its gas output, noting that it has grown the country’s gas production from about 450 million standard cubic feet, SCF, per day to about 1.5 billion SCF per day currently.

Officials of the NNPC, said Baru, are negotiating foreign direct investments for the Nigerian petroleum industry to the tune of $7 billion, a significant improvement from the $3.6 billion recorded in 2017.

According to him: “Since we came in July 2016, we had been focused on increasing production of oil and gas and condensates. At some point, our national combined production was about a million barrels; I am happy that as at the end of 2018, we have moved on, averaging last year, about 2.1 million barrels.

“As I am speaking, this morning, I look at our production figures, combined oil and condensates we are pushing 2.32 million barrels a day. This stability and ability to push production has come as a consequence of several factors, both internally, externally and also with the help of the media.

“Our drive for transparency has also produced a lot of fruits. We have been able to attract Foreign Direct Investments, FDI, into the oil and gas industry and in 2017 alone, we have attracted about $3.6 billion. In 2018, we have shot up by $3 billion; at the moment, some of our officers are in London, where they are negotiating sums in the region of $7 billion as FDI for the oil and gas sector.”

Baru further stated the NNPC had been able to reduce the cost of crude oil production, dragging it down from $27 per barrel in its Joint Venture operations to $22 per barrel, adding that the corporation was looking at further reducing it to about $20 per barrel.

The NNPC boss disclosed that the Federal Government currently does not have funds to finance the revamp of the country’s refineries, noting that the corporation was currently engaged with some contractors to carry out checks on the refineries and present the findings to the financiers who had agreed to fund the rehabilitation.

“At the Port Harcourt refineries, the contractors are on site; they are carrying out every checks and lots of non-destructive testing. We believe that by the end of October we would have detailed review and we would approach our financiers, clearly on financing basis; raise the funds because they are quite willing to fund the operations.

“NNPC would do that and pay the loans as appropriate, being that government does not have sufficient funds to finance the refineries rehabilitation. That is why it is taking time.”

Baru, who said that the corporation was yet to hit its TD in the oil drilling in Kolmani River 2, in Bauchi State, revealed that “may be next week we will hit the TD.”

He explained that an interesting thing is happening in the exploration, which is accountable for the longer time that the project has taken instead of the 60 days from February 2, 2019.