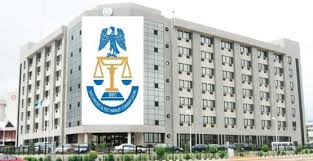 The Federal Government has inaugurated the Board of the Securities and Exchange Commission (SEC).

The investiture which was conducted by the Permanent Secretary of the Federal Ministry of Finance, Alhaji Mahmoud Isa-Dutse, in Abuja will have Mr. Olufemi Lijadu as Chairman of the Board of the Commission.

The constitution of the Board is coming four years after President Muhammadu Buhari dismissed Mr Peter Obi as Chairman of the Commission after his appointment by former President Goodluck Jonathan.

Lijadu, who hails from Ogun State, and a leading commercial lawyer with over 30 years’ experience, was also Executive Director of one of Nigeria’s top four banking institution, United Bank of Africa Plc.

It would be recalled that President Muhammadu Buhari dissolved the previous board of the SEC on July 16, 2015, and set up an eight-man panel headed by a former Secretary to the Government of the Federation, Mr. Babachir Lawal, two months later, to reconstitute it.

The inauguration of the Board comes with much excitements as market operators and stakeholders in the sector have been calling for the reconstitution of the board to strengthen SEC’s operations.