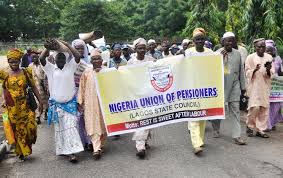 The Chairman of the Senate Committee on Establishment and Public Service, Ibrahim Shekarau, has claimed that the federal government currently owes retirees over N400 billion in accrued pension.

He said the committee would work with the federal government to offset all the arrears, “even if it would be the only achievement that the ninth National Assembly would be remembered for.

“Government owes the accrued pension funds of over N400 billion,” he said.

He said President Muhammadu Buhari “might not be aware of the huge debt” but pledged to make him address the situation.

“The committee has written a seriously worded letter to the Senate President, insisting that the Senate should take this up with Mr President to make sure this matter is addressed, otherwise it is one step forward, 10 steps backwards.”

Shekarau said his committee would meet with key relevant government officials and agencies and pension operators.

He also decried the indebtedness of state and local governments to their retirees which he said is due to “lack of political will”.

To address this, he said, “We will initiate appropriate amendments. This is very important; otherwise, the pensioners will be suffering.”

In her address, the President of PenOp, Aderonke Adedeji, called for a working pension system to take the hand of corruption off pension funds.

“So, it is evident that a well-functioning, transparent and efficient pension system is critical for all groups of Nigerians and our nation at large. A well-functioning pension industry will reduce the menace of corruption; because individuals will be assured that they have funds they can fall back on during their retirement years.”