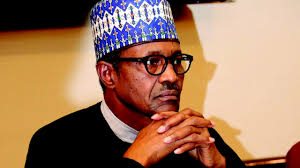 Federal Government demonstrated its support and solidarity with the international community by making a financial pledge of 12 million Dollars to the Global Fund towards tackling HIV and Tuberculosis.

Information about the pledge is in a statement by Mrs Toyin Aderibigbe, the Media Officer, National Agency for Control of AIDS (NACA) on Tuesday in Abuja.

She noted that the pledge was made by the Minister of Health, Dr Osagie Ehanire, at the Sixth Replenishment Conference of Global Fund to fight AIDS,

Tuberculosis and Malaria held in Lyon, France on Oct. 9 and Oct. 10.

She quoted the minister as saying “every Nigerian has a right to good health. We have a responsibility to ensure that this basic right is available to all Nigerians.

“Government is committed to enhancing ownership and sustainability of the HIV/AIDS response.”

He stressed that the pledge was in accordance with President Muhammadu Buhari’s commitment at the UN General Assembly (UNGA) in 2017 to make government resources (approximately N3.5 billion) available to enable an additional 50,000 Nigerians be

Peter Sands, Executive Director of the Global Fund, who spoke on “Building on the Concept of Shared Responsibility” at the conference,

said “with the incredible support of partners and donors around the world, we succeeded in reaching over 14 billion Dollars

to help save 16 million lives.”

Mr Gunilla Carlsson, the Executive Director of UNAIDS, said “Nigeria bears a huge burden of the global TB, malaria and HIV epidemics, so it is imperative that both domestic and international investments are urgently scaled up.”

Dr Gambo Aliyu, the Director General, National Agency for Control of AIDS (NACA), described the increase in Nigeria’s pledge to the

Global Fund as a strong signal of the country’s readiness and commitment to end tuberculosis, malaria and HIV epidemics.

The director general, however, appealed to state governors to equally show commitment in investing to end AIDS in Nigeria as a public health threat by 2030.

Mr Abdulkadiri Ibrahim, the President of Network of People Living with HIV/AIDS in Nigeria (NEPWHAN), urged government to own up to the HIV and AIDS response by putting money into the national response, which according to him is an investment in humanity.

Ibrahim said “our continuous access to medication and our right to healthcare are fundamental rights. Government should make it happen.”

HIV, TB and malaria are preventable and treatable diseases, yet globally kill millions of people each year, which the world has committed through the Sustainable Development Goals to end by 2030.

However, the Global Fund investment case projected that the fund would help to save 16 million lives by 2030 through health system strengthening, reinforcing health security via disease surveillance and tackling health inequities, including human rights and gender barriers. (NAN)