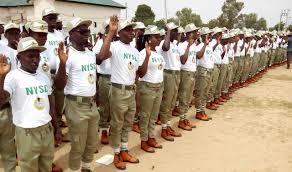 Udoworen, who is serving in Birni Kebi, Kebi State, was said to have visited his parents after completing his mandatory orientation exercise and was discharged from the camp on Friday.

Reports reveal that as soon as the hoodlums heard that Udoworen, who is the son of the president of a prominent socio-cultural organisation, Esop Ikpaisong Afaha in Ukanafun, returned, they stormed his family compound on three motorbikes and whisked him away.

“He arrived on Friday and the following day, Saturday, the hoodlums got wind of his arrival and stormed the compound at Nto Okon Usung Itike, and whisked him away after brandishing AK-47 rifles and machetes,” a family source revealed.

It was gathered that the hoodlums, mostly of the Iceland cult groups, have been kidnapping for ransom in the last two years, compelling governor Udom Emmanuel to outlaw at least 33 cult groups in Akwa Ibom.

The Police Public Relations Officer in the state, Mr Odiko Macdon, said he was yet to be briefed by the Divisional Police Officer in-charge of Ukanafun.