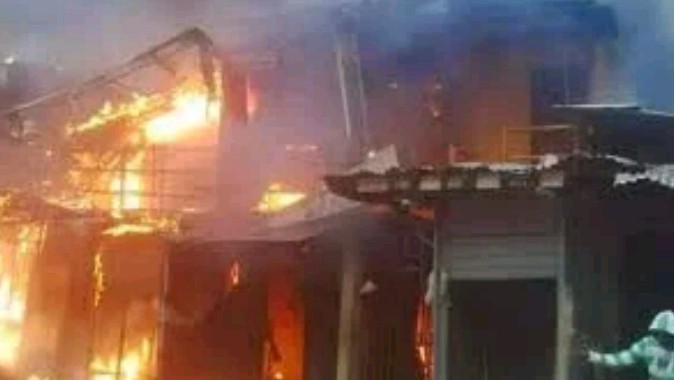 An eyewitness, who spoke to our correspondent on the condition of anonymity, said the incident took place at about 2 a.m. on Saturday.

He added that the suspected thugs also set ablaze a school, which served as the Registration Area Centre.

When contacted, the Resident Electoral Commissioner in the state, Prof Godswill Obioma, reluctantly declined to confirm the incident.

“Do your work. Do your work”, Obioma simply told journalists on the phone.

But, the Police Public Relations Officer in the state, ASP Loveth Odah, said the report of the incident had gotten to her office.

Our correspondent gathered that no lives were lost in the incident.