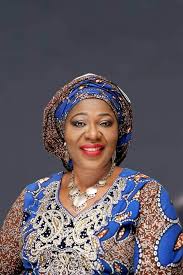 “The elections was well organised, but in bringing results from the local government areas, it took a little time for us to collate the results,” Ndaeyo said.

He alleged that some politicians tried to thwart the efforts of the commission.

Meanwhile, the APC, in a statement called for the cancellation of the results.

The statement was signed by Mr Iniobong Okopido, and Mr Augustine Ekanem, Chairman and Secretary, respectively.

They alleged that INEC failed to comply with the provisions of Electoral Act 2010 (as Amended).