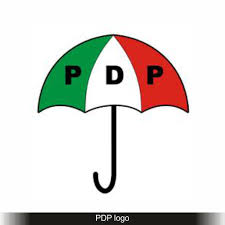 The Kogi and Katsina chapters of the Peoples Democratic Party (PDP) have rejected the results of the Lokoja/Kogi Federal Constituency and Katsina North Senatorial Zone by-elections, which held on Saturday in the states.

The Chairman, PDP Kogi State, Sam Ohuetu, made the call on behalf of the party at a news conference in Abuja on Sunday alleging that the election was neither free nor fair, insisting that it was marred by violence, snatching of ballot boxes and vote-buying.

The PDP chairman said, “Accredited voters were not allowed to vote as armed thugs shot sporadically into the air after accreditation, forcing the electorate to flee. This was widespread in Osuku in the Kotonkarfe area of the federal constituency. ”

Ohuetu alleged that during the build-up to the by-election, there were credible and reliable reports of the movement of thugs and hoodlums into Lokoja and Kotonkafe local governments from other local governments within the state and from adjoining states into the constituency.

Ohuetu added that the PDP was already drafting a petition to be submitted to the Independent National Electoral Commission.

On his part, the Katsina State Chairman of the PDP, Alhaji Salisu Majigiri, said the opposition party would challenge the results.

“We reject the results of the by-election in its totality. The election was fraught with vote- buying, using of government officials to coerce traditional rulers, and all sorts of discrepancies that we shall disclose at election tribunal.

“What happened at the by-election was like what happened during the Ekiti State governorship election and all these do not augur well for the development of democracy in Nigeria.