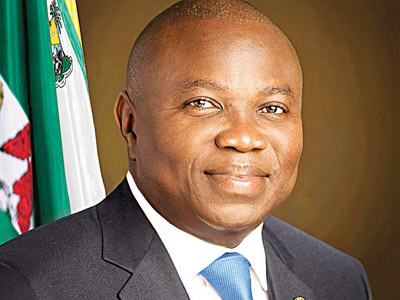 The Lagos State Government on Monday directed all its revenue agencies to ensure prompt payment of taxes and also commence enforcement of payment by all tax defaulters with immediate effect.

Commissioner for Information and Strategy, Mr. Steve Ayorinde, in a statement, lamented that many residents were not fulfilling their civic obligation of paying their taxes and that the prevailing situation would adversely affect government’s infrastructural renewal drive currently ongoing across the State.

Ayorinde therefore said that Government had concluded plans to go all out to enforce the tax laws so as to bring more Lagosians into the tax net.

It would be recalled that Governor Ambode during a forum recently expressed concern that only about 600,000 Lagos residents are up to date in paying their taxes, a situation he said was not helpful to scale up provision of infrastructure and other amenities for the people.

Ayorinde said the Government remains committed to completing all ongoing projects on schedule, but that it was largely dependent on prompt payment of taxes by residents in the State.

He also said the Government has also commenced the construction of over 20 network of roads within the boundaries of Lagos and Ogun States to ease movement and enhance business activities between the two States.

“These projects have already begun in earnest. The construction of the 181 roads earmarked across the 57 local councils, which is now an annual ritual of this Government will commence anytime soon and many more too numerous to mention.

“The will and commitment of the Governor Akinwunmi Ambode-led administration is to ensure that all these projects are completed before 2019. But the possibility of achieving such will require taxable citizens of the State who have not been paying their taxes to start doing so.

“This administration is grateful to Lagosians who have supported the Government particularly in the discharge of their civic responsibility through payment of taxes. That is the oil that keeps the engine and wheels of government moving smoothly.

“But when there are no resources, these laudable projects would be stalled. No government in the world can achieve its set out objectives without funds and these funds are available largely from what residents pay as taxes. It is therefore expedient that taxes should be paid correctly as at when due”, he said.

He said that some of the major projects that have been completed so far including the Abule Egba and Ajah flyovers, the Aboru Abesan Link Bridge, Ago Palace Way, Ajasa Command Road, network of roads in Ogudu and Epe, construction of the DNA Forensic Centre, among many others, were as a result of the tax payers money which according to him, the State Government judiciously utilized to make life more comfortable for the people.