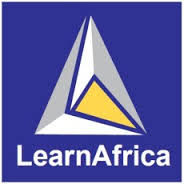 LearnAfrica Plc: A year of losses

Our analysis of LearnAfrica’s recent financial reports shows that Nigeria’s economic recession had a regressive effect on the company, and it recorded a loss rather than a profit in 2015. The company’s administrative expenses snowballed in the course of the year and had a negative impact on what should have been a profit.

The pre and after tax losses resulted in negative profitability ratios, and saw to it that investors received no dividend for their investment.

LearnAfrica had an operationally-challenged year in 2015, as was the case with many other companies in Nigeria. The company, operating in a unique sector and having to contend with the activities of pirates, however had a worse year than many others.

First of all, the company did not make as much sales during the course of the year as it did in 2014. Turnover was a mere N1.89 billion, 14.5 per cent less than the N2.21 billion recorded in the erstwhile year. The company was careful to keep costs associated with sales to a minimum, but couldn’t curtail administrative expenses. This, despite laying off some of its employees, skyrocketed during the course of the year.

Instead of a profit, the company had a pre-tax loss of N620 million, as compared to a profit of N2 million in the prior year. After tax loss was N640 million. As such, there was a loss per share of 83 kobo instead of an earnings per share.

It is however worthy of note that LearnAfrica’s presentation of bad results did not just begin in 2015. For several years now, it had been plagued by falling turnover and lower profits.

As previously mentioned, LearnAfrica had a lower turnover as well as a loss for the year rather than a profit. This combination made for terrible profitability ratios.

Instead of a profit margin, there was a loss margin of 32.8 per cent. Therefore, every N100 sales made during the course of the year cost the book publisher a loss of N32.80. This is as compared to a profit of 9 kobo in 2014.

The only ratio that seemed to be on the up for the company in 2015 was its earnings per employee. It improved to N10.8 million from N10.4 million in 2014. This seeming improvement however has a very simple explanation. The company downsized it workforce to 175 employees in 2015 from 213 in the preceding year. So, a lower number of employees interacting with the turnover for the year is bound to give a more favourable result. This is not particularly indicative of employee productivity and company efficiency.

In terms of capital adequacy, LearnAfrica seemed to do as well in 2015 as it did in 2014, as its result for the year was yet a hundred percent. This is a rare occurrence indeed, and this means that the shareholders’ funds could finance all of its total capital, because the company had no long term liabilities.

A common feature of the manufacturing industry for the 2015 financial year is that most companies had high current ratios, having the ability to meet short term liabilities with short term assets. LearnAfrica was not an exception, having a more than adequate current ratio of 3.6 times.

For the review year, the company had a loss of N643 million, and internalized all of it. Asset turnover for the year was 0.5 times, same as it was in 2014, while assets/equity was 1.3 times (slightly higher than 1.2 times in the prior year).

In 2015, the company’s actual growth (growth of income), was negative 14.5 cent. This means that instead of growth, it recorded a decline. Meanwhile, sustainable growth (which is the growth ceiling for the company) was itself a negative figure. What this means is that the company had no inherent capacity for growth at all.

Meanwhile in 2014, it had the inherent capacity to grow by 0.1 per cent. It didn’t even achieve this low capacity in that year with an actual decline of 2.9 per cent. The case in 2015 was however worse than the standing in 2014.

As at January 13 2017, LearnAfrica’s stock traded at 77 kobo, and our analysis shows that the stock was a little undervalued at this price.

As at analysis date, the company had a net assets per share (NAPS) value of N3.55, much higher than the 77 kobo at which it traded on the floor of the stock exchange. Also, the company had a book value of N2.74 billion and a market capitalisation of N0.59 billion, putting its book value/market cap ratio at more than four. Traditionally, a book to market value ratio greater than one indicates an undervalued stock.

While this stock has been determined to be undervalued, it is not one that can bring capital appreciation to investors, and we don’t see its share price rising dramatically any time soon. For the investor who is willing to wait for a long, long while in hopes of capital appreciation, this might be a penny stock to consider.

LearnAfrica is yet to release its third quarter results for 2015. In fact, its full 2015 year report was just released in July of 2016, way behind the release of other listed companies’ results.

The Company was incorporated in Nigeria under the Companies and Allied Matters Act as a Private Limited Liability Company in Nigeria in 1961. It also commenced business operations as one of Nigeria’s first publishers that same year. The Company was converted to a Public Limited Liability Company on 28 May, 1991 and its shares listed on the Nigerian Stock Exchange on 23 July, 1996. The principal activities of the Company continue to be publishing and distribution of education materials for all levels of learning: nursery, primary, secondary and tertiary.

LearnAfrica has been on shaky grounds for a long time now, and is presently experiencing serious difficulties adjusting to the harsh economic realities of the Nigerian nation. We are of the opinion that it might take a long while before it will be able to reengineer a return to maximum profitability.