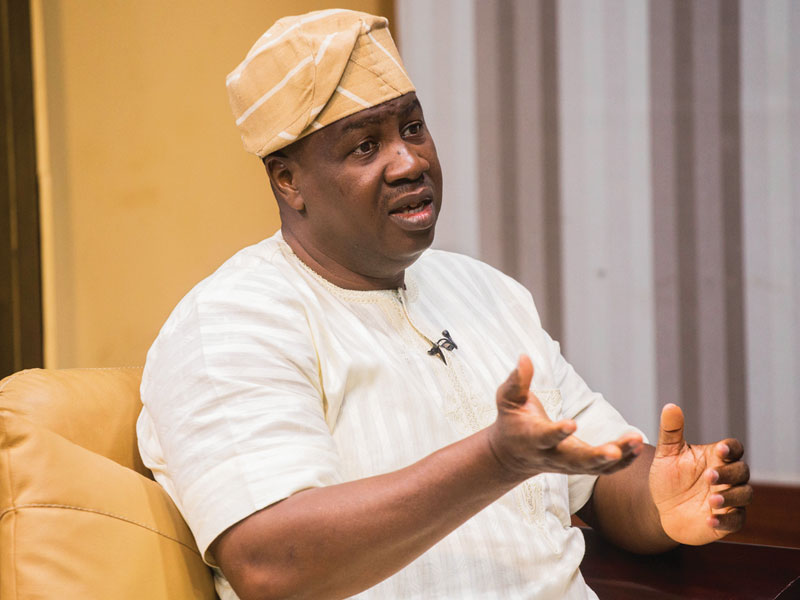 The Coalition of United Political Parties (CUPP) has adopted the governorship candidate of the Action Democratic Party (ADP) in Lagos State, Mr Babatunde Gbadamosi, as its consensus candidate for the March 9 elections.

The Secretary General of the coalition in the state, Mr Gboyega Adeniji, announced the adoption at a news conference on Wednesday in Ikeja.

He said CUPP adopted Gbadamosi because it was convinced that the candidate had the passion and credentials to move the state forward.

Adeniji said that the adoption of Gbadamosi was influenced by his practical and development-oriented manifesto.

The Secretary-General explained that the adoption of Gbadamosi meant that all the 35 parties under the coalition would work for the candidate’s victory on March 9.

“We are endorsing Gbadamosi and adopting him as our consensus candidate today because we are convinced that his passion to make Lagos achieve her potential is second to none.

“His manifesto is as forward-looking as it is practical and realistic.

“Moreover, his election shall make him the first indigenous governor of the state in the past 20 years.

“We therefore urge every well-meaning eligible voter in Lagos to vote Gbadamosi as the next executive governor of Lagos State,” he said.

When asked if the Peoples Democratic Party (PDP), which is the arrow-head of CUPP, was part of the endorsement, Adeniji was not definite in his response.

He, however, said only 35 parties out of the 65 opposition parties in the CUPP at the national level were part of the adoption.

Adeniji said the state deserved a better deal in governance and it was on that basis that CUPP in the state decided to adopt Gbadamosi for development.

The Secretary-General gave the assurance that all parties in the coalition would work assiduously for Gbadamosi’s victory on March 9.

Reacting, Gbadamosi thanked the coalition for adopting him, promising not to disappoint them and the people of the state if elected.

“I want to thank the coalition for this initiative, I am very grateful. I think the biggest member of the CUPP is the PDP.

“And they were the biggest beneficiary when it adopted Alhaji Atiku Abubakar as its presidential candidate.

“I am happy I am the beneficiary in Lagos and I hope to be able to carry the aspirations of the political parties that adopted me and deliver real governance.

“The state had been comatose for the past 20 years. Things have not really changed and we need to change the narrative to make the state work for the people,” he said.

Gbadamosi said he had the passion and vision to invent Lagos of everyone’s dream and would not disappoint if elected.

He described Lagos as a cosmopolitan state which had thrived on the contributions of people from different parts of the country. (NAN)