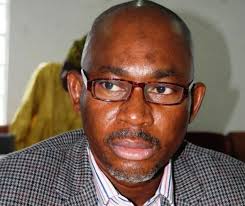 The Minister of Mines and Steel Development, Mr. Olamilekan Adegbite, has tasked the management of the Nigerian Geological Survey Agency (NGSA) to focus on developing capacity in order to attain the Gemological Institute of America (GIA) Certification so as to generate revenue for the nation.

The minister said this during his familiarisation tour of the agency in Abuja. He stressed the need to train competent staff and develop gem stone laboratories that would enable the country certify the genuineness of precious stones locally, instead of out-sourcing and referencing other countries.

The Minister, in a statement by the ministry’s Director of Press, noted that the establishment of the certification gemstone laboratories would generate revenue for the country.

According to him, the certification and repair of faulty equipment locally would not only save money for the country, but would also generate revenue.

The minister urged the management and staff of the agency to have the interest of Nigeria at heart in the discharge of their duties.

Adegbite, during the visit unveiled the Geological Map, Commissioned the Museum/Customer service as well as inspected the Earthquake Monitoring Command and Control Centre.

Similarly, the Minister of State, Dr. Uchechukwu Ogah, in his remarks, tasked the leadership of the agency to make Nigeria the mining hub of Africa, noting that the ministry would support and collaborate with the NGSA to achieve its mandate.

Earlier, the Director General of the NGSA, Dr. Abdulrazak Garba, said the agency was delivering on its mandate of wealth creation, saying it had produced geological data of precious metals and maps of the country’s mineral resources to attract foreign investors.